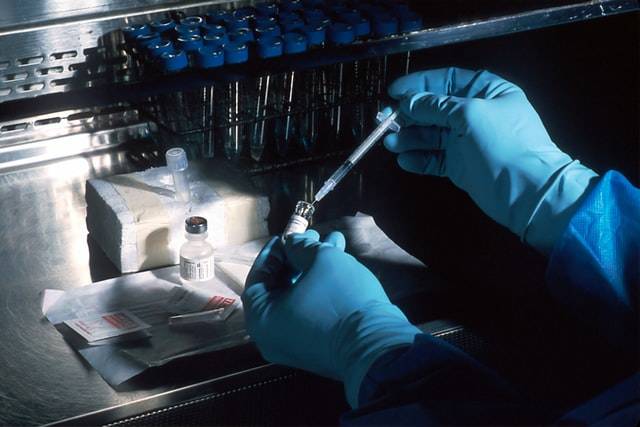 Rare monkeypox outbreak in U.K., Europe and U.S.: What is it and should we worry? – NPR

There’s a monkeypox outbreak in the United Kingdom, Portugal and Spain, and one case in the U.S. The outbreak is quite small, but health officials are concerned that it may be spreading through the community undetected.

The virus causes fever and painful, pus-filled blisters. The lesions are similar to those from a smallpox infection, but the disease doesn’t spread very effectively between people.

The UK health agency reports that 7 of the 8 cases in England don’t involve recent travel to Africa, suggesting the patients caught the virus in England. The agency also reports that the virus may be spreading through a new route: sexual contact.

Monkeypox comes from monkeys, but the virus also persists in squirrels, pouched rats, dormice or another rodent. It can be caught through an animal bite, scratch or contact with the animal’s bodily fluid.

Monkeypox has increased 14-fold in the Democratic Republic of Congo since the 1980s. The reason is ironic: the eradication of smallpox.

Monkeypox is closely related to smallpox and was likely missed by doctors for centuries. In the 1970s, doctors noticed another disease that looked like smallpox but didn’t spread as well between people.

The smallpox vaccine protects against monkeypox, but countries stopped vaccinating kids after the world eradicated smallpox, and now there are more people without immunity to monkeypox, which means outbreaks are more likely to involve dozens of cases instead of just one or two.

The monkeypox virus may become more transmissible and thus more of a global threat if it spends more time inside people and if it evolves to spread more quickly among people, as seems to be happening in the current outbreak in Europe.

Scientists at the CDC are watching the outbreak closely to determine the best course of action.

If you want to learn more, check out the news sources below for detailed updates.