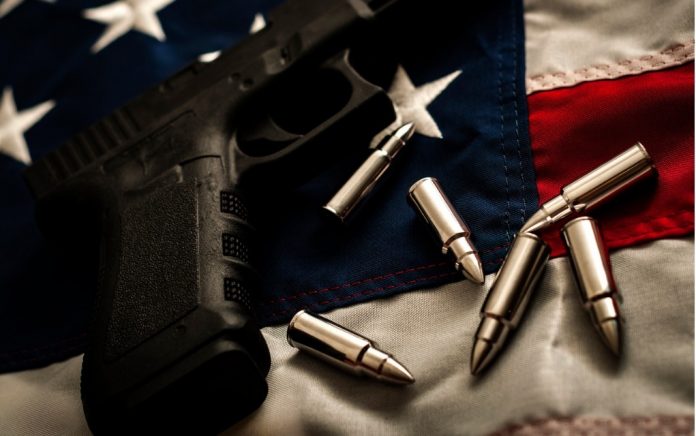 Over the last several months, you’ve likely heard the term “Red Flag” Law come up in conversation — it’s quite a hot topic. Some of you may have even wondered what the heck does that really mean?

Red flag laws, enacted by individual states and not nationwide, are used by gun control activists to circumvent the 2nd Amendment in certain circumstances. It should be no surprise then, that of the states that have put these statutes in place are almost exclusively those ruled run by Progressive Liberals.

The What and the How

In basic terms, a red flag law allows a person to petition a court to grant an order permitting the confiscation of someone’s guns. Psychiatrists/mental health workers, police officers and family members are examples of those who can ask a judge for a seizure order.

Each jurisdiction has a mixture that may include some or all of them. And, of course, others may be included depending on the specific legislation passed. Another factor that can vary from state to state is the disposition of the taken arms, including:

To be abundantly clear, these are not the voluntary gun-buybacks that happen around the country. These are enforced seizure of a citizen’s property.

Opponents of these measures frequently turn to the Constitution to show that the rights of Americans are being violated and quote one of the great minds in our history, Ben Franklin, who said:

“Those who would give up essential liberty to purchase a little temporary safety, deserve neither liberty nor safety.”

The counter-argument is that it was a very different context, however, it’s the idea that’s important. Put another way, when the citizenry abdicates their legal rights is when governments become totalitarian machines.

Over the years, the Supreme Court has made clear that most of the prohibitions of the Bill of Rights apply to the individual states as well. This includes the 2nd Amendment, so “shall not be infringed” includes each of the 50 jurisdictions. While it seems harsh, the clause doesn’t make provisions for exceptions, even to ensure public safety.

Proponents of these measures argue that they are narrowly defined and that violations of a person’s rights, including the 2nd, 4th and 5th Amendments, are just alt-right hysteria. As Rod Serling might say, consider the case of Stephen Nichols.

Mr. Nichols is an 84-year old war veteran who works as a school crossing guard in Tisbury, MA. A waitress overheard a fragment of a conversation in a diner and reported it to the Chief of Police who immediately went to Nichols crossing guard station, fired him and drove him to his home where he seized his guns and his legally valid license to own them. Although quickly vindicated, the guns were not returned, pending an appeal to the judiciary.

This belies the argument of the Liberals many times over. Nichols was taken into custody, his house was entered and his legally owned property was taken from him — all without warrants or other orders signed by a judge.

If these rules were explicitly worded and rigidly adhered to, then the assertions of the Progressive Liberal activists might, MIGHT, hold water. But if history has taught us anything, it’s that lawmakers and enforcers always overreach. The one and only way to prevent that is to hold them to both the letter and the spirit of the Constitution.