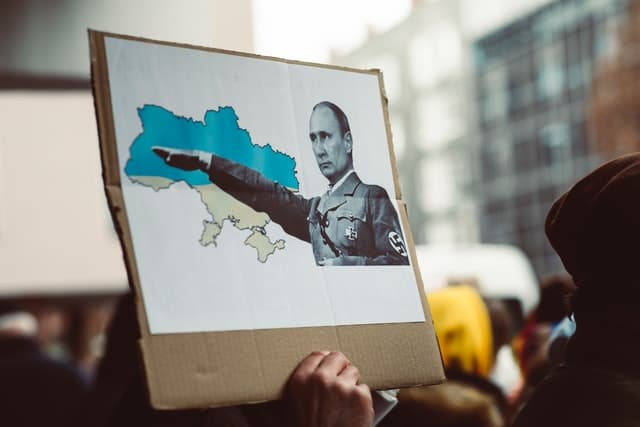 From our news partners at AbsoluteNews

Reports are in that Vladimir Putin of Russia will transfer power to his most trusted ally in the Russian government Nikolai Patrushev, the head of the Russian federal police Security Council.  At first, this seems like a “relief” that the war may be coming to an end; however, Patrushev will only hold power for 2-3 days and is reported to be even more brutal than Vladimir Putin.  We can only hope things go “bad” for Putin and all the other current leaders of the Russian government so cooler heads can prevail and stop the madness unfolding in Ukraine.

The source of the happy news is a telegram channel called “General SVR,” which a Russian Foreign Intelligence Service lieutenant supposedly runs.  The surgery and recovery are expected to hinder Putin for a short time.  The telegram channel speculates that under Nikolai Patrushev, problems for Russians would only multiply.

The U.S. Pentagon dismisses the entire report saying they have seen nothing that could help them to corroborate whether or not Putin will undergo cancer surgery.   However, many question Putin’s health with his public displays of sickly behavior, including shaky hands, holding his hand repeatedly to his chest, or gripping firm objects like tables to keep himself in place during televised meetings.  Being closer to the end of life may help to further understand Putin’s real motivations in his desperate grab for Ukraine at any cost.

From anywhere outside of Russia, one can already tell Russia lost no matter the outcome, rewinding decades of Russian worldly progress in only two months.  Russian State Media is aggrandizing Russia’s superweapons and mentally preparing the population for a Nuclear ending with demonstrations of underwater Tsunami generating torpedoes they claim would wipe out England.  One actor commented, “at least we will go to heaven,” building a mentality that Russia can do no wrong, and the rest of the world is the “Nazi” enemy in this conflict.  In the coming months, the Russian unwillingness to lose could be a real problem as they are wiped off the map by the U.S.-provided weapons and the anger of an innocent Ukrainian population.  We can only hope this cancer surgery is Putin’s ploy to bow out while Russia withdraws from the war and spends the next decade making amends; highly unlikely, but it would come as a pleasant surprise if so.