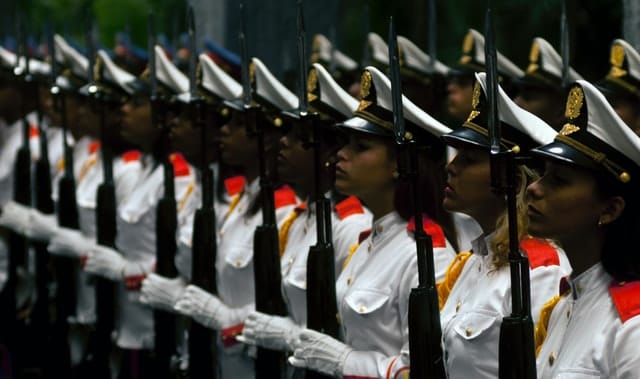 When facing certain death, what would you choose to have massive amounts of electricity run through your body with potentially prolonged agony and pain or quickly die (in theory) in a blaze of bullets?  One South Carolina death row inmate has chosen the latter.

Richard Barnard Moore, who murdered a convenience store clerk in 1999, is scheduled to be executed on April 29th.  He is currently appealing, hoping to stay his execution as he believes it is unconstitutional.  Suppose he does die on April 29th by firing squad. In that case, he will be the first death row inmate to die by firing squad execution in the State and the First African American to die by firing squad.  South Carolina is only one of four states, including Oklahoma, Mississippi, and Utah, allowing executions by firing squad.  Lethal injection was a primary method in South Carolina; however, the State has had difficulty acquiring the drugs needed to administer death painlessly.  It seems Moore may have chosen lethal injection given a chance as he released a statement containing, “I believe this election is forcing me to choose between two unconstitutional methods of execution.”