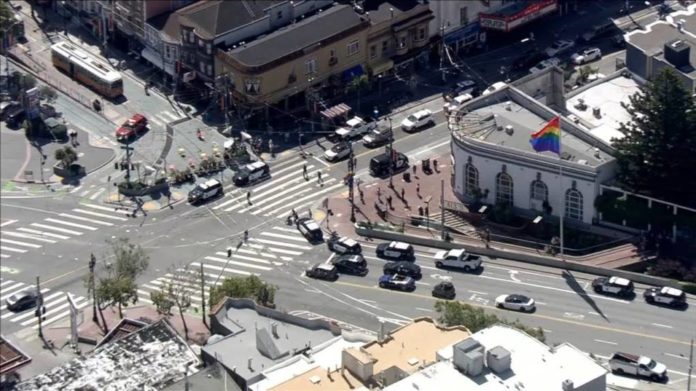 One person is dead and a second injured after a shooting inside a Muni train in San Francisco, officials said. Police activity has shuttered subway service between the West Portal and Castro stations.

The shooting happened around 10 a.m. on a Muni train traveling between the Forest Hill and Castro stations. The suspect fled from the train at the Castro station and remains at large.

The station where the suspect ran out is at the heart of San Francisco’s famous Castro neighborhood, which is internationally known for its LGBTQ activism.

San Francisco District 7 Supervisor Myrna Melgar wrote on Twitter about the shooting that occurred inside the SF Muni train.

One person was killed and pronounced dead on the scene. The other victim who was shot sustained non-life-threatening injuries.

Melgar told news outlets that the shooting was not random, and that the suspected shooter shot the victim he was arguing with. The second victim was not involved in the verbal altercation, but just happened to be right next to the other victim.

Danny Tran, a sales associate at Knob, said it was alarming to hear of a shooting inside the city’s subway system.

State Sen. Scott Wiener called the violence a “horrific tragedy” and said it was another reminder that shootings can happen anywhere, anytime.