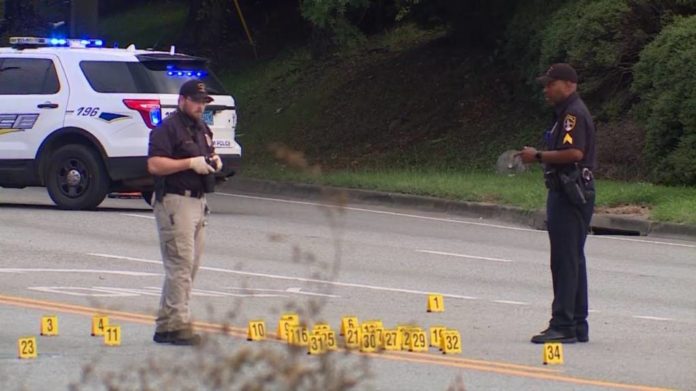 Police responded to a shooting call on Arkadelphia Road and found two wrecked vehicles and a man suffering from multiple gunshot wounds. A toddler and an infant were injured in the wreck.

Officers were dispatched to the 1000 block of Arkadelphia Road on a call of a traffic collision. They found the adult male with multiple gunshot wounds who was pronounced dead at the scene. Authorities also found a toddler girl and infant boy in critical condition.

The victim was an adult male with who are believed to be his children, and they are in the hospital, fighting for their lives.

Police responded to a shooting call near Interstate 59/20 and Birmingham-Southern College around 6 p.m. They found another wrecked vehicle involved in the crash in addition to the vehicle with the man that was shot. Three other people were injured in the crash and their conditions are unknown.

After this man was shot while driving in the middle of the road, and the police officer said they hope this is the last incident of its kind.