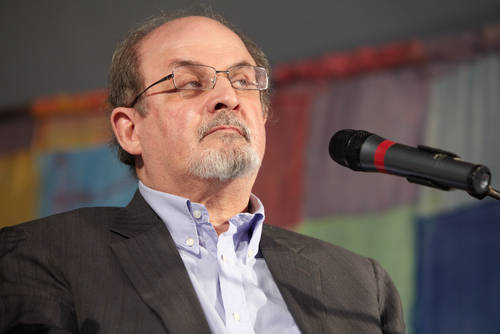 The author Salman Rushdie was stabbed roughly 10 times as he prepared to speak at the Chautauqua Institution in western New York on Friday, prosecutors said. Hadi Matar, a 24-year-old New Jersey man, was arrested at the scene and charged with second-degree attempted murder and assault with a weapon.

Mr. Rushdie, who had spent decades under proscription by Iran, underwent hours of surgery Friday and was on a ventilator. His condition was “not good”, his agent said.

The UN secretary general said he was appalled by the attack on the author, who decades ago became a symbol of freedom of expression.

Rushdie has always maintained that nothing is off limits, and his novel “Midnight’s Children” was inspired by Indian independence. The attack on Friday, however, became horrifyingly plain, and brought back memories of the violence surrounding “The Satanic Verses.”

After the publication of “The Satanic Verses,” many people were killed in riots across the Muslim world, including 12 people in Rushdie’s hometown of Mumbai. Rushdie went into hiding under a British government protection program, but emerged after nine years of seclusion.

The Edinburgh International Book Festival is encouraging guest authors to read a sentence from Rushdie’s work at the start of their events, and is thinking of Rushdie at this difficult time.

For additional updates on this violent case, please consider the news outlets listed below to stay in the know.