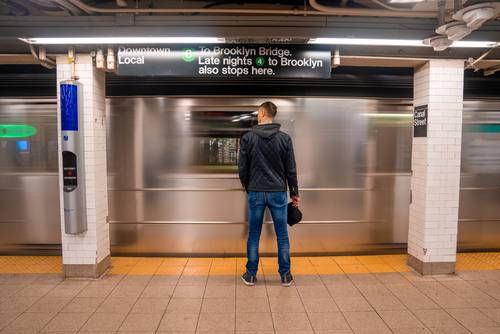 A man was struck by a train at 28th Street after lying on the tracks in an attempted suicide. When first responders arrived at the scene, they found the man already dead. This death caused several other train delays as emergency teams attempted to retrieve the man’s remains from the tracks.

However, he was not the only person to die from a subway incident that day. Only hours later, a second man was struck at 42nd Street and Eighth Avenue statue in Times Square. He was attempting to retrieve something that he dropped on the tracks before being fatally hit by the train. He was also pronounced dead at the scene.

Despite the MTA’s increased presence at subway stations, there have been at least twelve incidents of people being shoved in front of trains this year, at least two fatally. Even incidents that don’t end fatally often darken transit patrons’ perception of the NYC subway system. There have been increasing reports of homeless individuals harassing travelers and making them uncomfortable during their daily commutes.

Despite an increase in petty and violent crime across the city this year, NYC Mayor Eric Adams claimed last month that it is merely a ‘perception’ that crime in the Big Apple is ‘out of control’. He added that the NYPD has done an ‘amazing job’ confiscating thousands of firearms.

Since January, Adams has vowed to clean up the crime-ridden subway system, but the initiative has so far fallen flat, with crime in the city’s underground transportation tunnels remaining upwards of 40% higher than the same period in 2021.

The city’s murder rate is already higher than annual averages recorded since 2011, and the NYPD is reportedly leaving the department at a record rate amid the violent crime surge. Despite these patterns, Mayor Adams claims to be confident that he can address the crime.