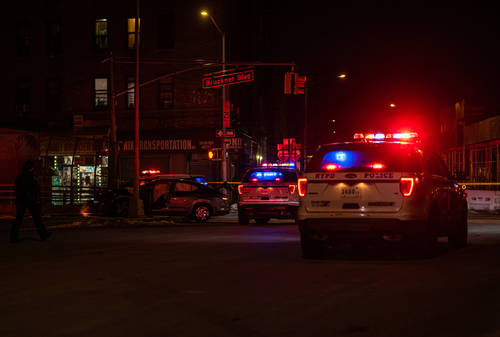 A trial is scheduled to get underway this week in connection to last year’s deadly mass shooting outside Monarch nightclub in downtown Minneapolis. Charlie Johnson, an innocent victim, was struck in the back by a wayward bullet.

Johnson’s family is seeking justice in the death of their 21-year-old brother and son. Greg Johnson says he does mental coaching every day, but doesn’t listen to his own coaching very well. Coping with the loss of such a young family member is much more complicated.

The family of Charlie, who was killed by gun violence, said they have survived the last 17 months by focusing on how the adventurous, free-spirited Charlie lived his life. The Johnsons are dreading the murder trial ahead, including photographs, videos, witness testimony, and other evidence.

The Johnsons are proud of the Charlie Fund they established at Saint Thomas to eliminate financial barriers for other engineering students to study abroad. The Johnsons also traveled to Peru earlier this year to assist local farmers and have created a mural and student garden in Charlie’s name. They are hoping to bring a Charlie blend to the Twin Cities market.

Jawan Carroll, the shooter, is charged with 9 counts of murder and attempted murder in a 2019 downtown Minneapolis shooting. Carroll’s trial was initially scheduled to begin on Monday, but was delayed several days. The Johnsons are expecting Carroll to argue his role in the shootout was self-defense.

Survivors from the mass shooting outside the Monarch Nightclub took the witness stand Tuesday, some reluctantly, others more openly sharing the nightmares and post-traumatic stress they are still living with.

Jawan C. Carroll, 25 of St. Paul, shared what led up to the bar-close shootout where Christopher R. Jones Jr., 24, of Brooklyn Park, and Charlie B. Johnson, 21, of Golden Valley were killed.

Carroll said he fired 10 rounds at Jones’ torso, but didn’t know anyone was harmed, and didn’t have a permit to carry. Carroll was repeatedly asked if he could’ve walked away from Jones to avoid the deadly shooting, but said he wouldn’t turn his back on someone with a gun. He didn’t notice the swarm of people running away or first responders giving aid to the victims.

As the Johnson family feared, Jawan Carroll is arguing self-defense. The shooter claims he only opened fire when an armed rival threatened him and his buddies. Caroll’s loved ones insist Jawan shouldn’t be held criminally responsible.

Prosecutors want to introduce rap lyrics of Carol talking about shooting up anyone who runs up on him with a 40 caliber firearm. The defense contends it’s prejudicial and should not be introduced.

The final verdict has yet to be determined.