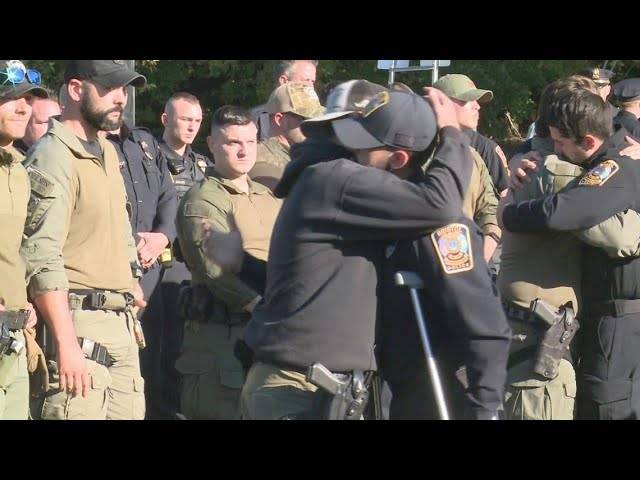 A Bristol police officer shot Nicholas Brutcher, killing him, and wounding his brother. The inspector general’s office ruled that the officer’s use of deadly force was justified. This is because the suspect killed 2 of his police colleagues.

The suspect who shot and killed two Bristol police officers fired more than 80 rounds at them, according to a preliminary report released Sunday.

According to the report, three officers responded to the home after receiving the 911 call that authorities believe Nicholas made. When authorities arrived, they spoke to the suspect’s brother, Nathan, at a side door. As Nathan stepped out of the house, Nicholas Brutcher opened fire on the officers, killing officers Sgt. Dustin Demonte and Officer Alex Hamzy.

A third officer on the scene shot and killed Nicholas after attacking them from behind. The body camera footage shows Officer Alec Iurato getting away from the scene and saying, “Officer shot, officer shot”. He fired one shot and said, “One down, suspect down”.

According to the report, three officers responded to the home after receiving the 911 call that authorities believe Nicholas made. Police said the 911 call was made to deliberately lead the officers into an ambush.

Sources confirmed to news outlets that Nicholas used an AR-15-style firearm in the shooting. Police seized 14 guns from the home.

For more information on this story, please consider the news outlets that are listed below to stay in the know.