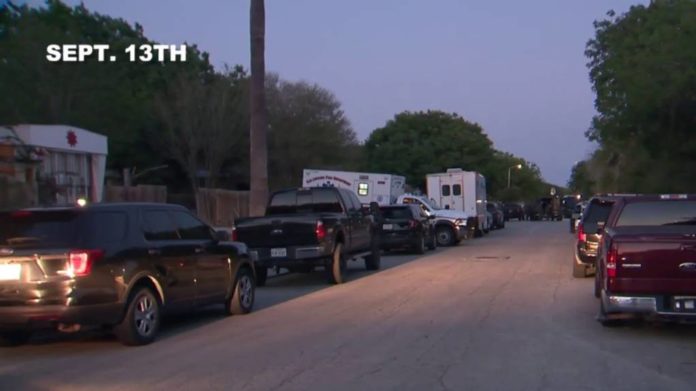 San Antonio police say they were called to a home on Diamondback Trail near Crossroads Ranch on Tuesday for a mental health call. The suspect was armed and dangerous and the SWAT team was eventually called to clear the scene.

They say a man had been seen throwing bottles and shooting at his dog. Police spent 48 hours trying to call out to the suspect. Police had been trying to coax a barricaded suspect out of his home since Wednesday but to no avail.

This caused police to call upon the SWAT team for assistance. Once the SWAT team arrived, they abruptly cleared the scene and left. SWAT pulled out the street and left neighbors on edge. It was jarring to see such a heavily armed response to the call.

Police were initially called to the 200 block of Pamela Avenue for a family disturbance. One adult male was stabbed and was transported to a local hospital. The suspect in this call barricaded himself to avoid being arrested by police. This is what initially started the standoff.

San Jose police were dealing with the barricaded suspect, but he was taken into custody and will be booked into jail for various charges.

To learn more about this standoff case, please consider the news outlets listed below to stay in the know.