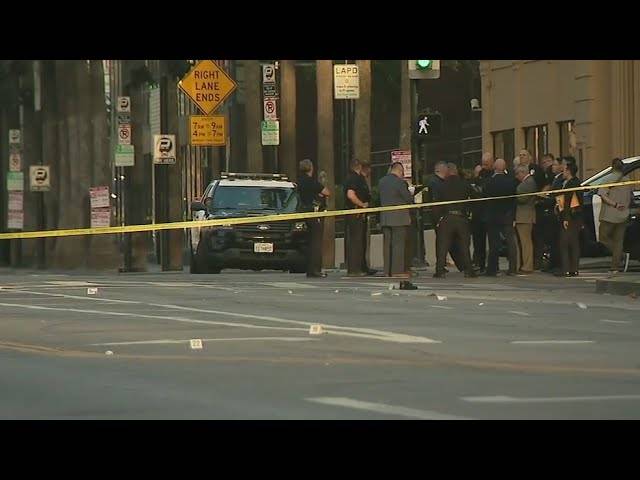 Investigators believe the deceased teen and another armed male suspect fired at a group of people near Hollywood Boulevard and Sycamore Avenue. No one was in custody in connection with the incident.

Local news station KTLA-TV reported that the teen was uncooperative with investigators before he died. A tour operator told the news station that crime has gotten out-of-control in the area.

The shootout occurred on the Hollywood Walk of Fame. The Walk of Fame is a tourist attraction on Hollywood Boulevard that runs from Gower Street to La Brea Avenue. It consists of 2,725 coral-pink terrazzo five-point stars spaced at 6-foot (1.8 m) intervals, each containing a star rimmed with brass and an emblem indicating the category of the honoree’s contributions.

Because the Walk of Fame attracts about 10 million visitors annually, violence in this area causes a major concern to both locals and tourists.

These kinds of violent incidents have caused much chaos in the community. The Los Angeles City Council approved $216,000 to add additional officer shifts to the Los Angeles Police Department’s Hollywood Division to address a recent increase in crime in the area.