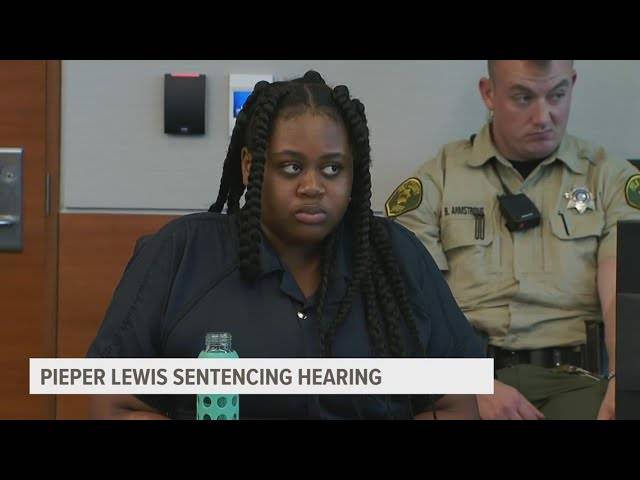 Pieper Lewis, 17, was sentenced to 10 years in prison for the June 2020 killing of 37-year-old Zachary Brooks. The judge deferred the sentence until Lewis violated any portion of her probation.

Lewis was 15 when she stabbed Brooks more than 30 times in a Des Moines apartment. She said she was forced at knifepoint to go with Brooks to his apartment for sex, and after Brooks had raped her yet again, she grabbed a knife from a bedside table and stabbed Brooks.

Lewis, who earned her GED while being held in juvenile detention, acknowledged that she struggled with the structure of her detention and that her spirit “has been burned” but still glows.

Prosecutors said Lewis failed to take responsibility for the stabbing and left Brooks’ kids without a father. The judge asked Lewis to explain her poor choices that led up to Brooks’ stabbing.