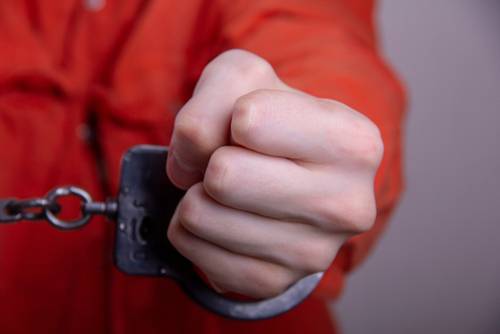 A 19-year-old teen was arrested after investigators found him at his father’s house clutching a blunt object and another man bleeding on the floor.

Luke Ingram, 19, attacked his grandfather, Darwin Ingram, with a deadly weapon. Police believe that the sexual bdattery against Luke’s grandfather occurred as the elderly man was dying.

Luke also attacked his father, Clint Ingram. Clint had noticed strange behavior and a chilling stare coming from his son, and he locked himself in his bedroom as a form of self-protection. When he heard the screams of the attack, he tried to leave the room and call for help.

When he tried to escape, Clint was choked by his son to prevent him from leaving. Despite his injuries, he was able to survive the brutal attack.

The Flagler County Sheriff’s Office Major Case Unit was called to the scene and began investigating the disturbance as a homicide.

Flagler County Sheriff’s Deputies responded to a 911 call about a man who had been attacked by a family member. The suspect physically resisted arrest and was tased by Deputies, but was eventually detained so fire/rescue personnel could safely enter the residence to render medical aid to the victim.

Sheriff Staly said the information gathered by his detectives revealed how gruesome and violently the suspect murdered one family member, severely attacked another, and then attacked deputies.

Luke Ingram has been charged with first-degree murder and sexual battery with a deadly weapon. He received these charges for allegedly sexually battering an elderly family member while the relative was in the process of dying.

The suspect was transported to the Flagler County Courthouse and attacked FCSO Major Case Detectives and Uniformed Deputies present before being subdued and taken to the Sheriff Perry Hall Inmate Detention Facility.

Records reveal that when Ingram was questioned, he struggled with the deputies and bit one of them twice before he could be subdued. He faces life in prison if convicted.