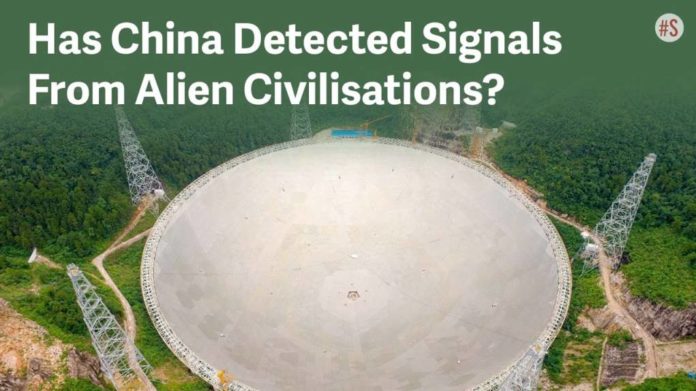 How much do we know about the universe around us? Unknown worlds, alien life, extraterrestrial civilizations- do any of those things exist somewhere beyond our world?

Researchers from Beijing Normal University published a report claiming to have discovered evidence of extraterrestrial civilizations. The report claims that electromagnetic waves are the most suitable carrier or messenger for interstellar communication.

Chinese scientists say their giant Sky Eye telescope has picked up signs of an alien civilization. The telescope can detect faint radio-waves from pulsars and materials in galaxies far away, and is working alongside scientists from University of California, Berkeley, on the program.

Researchers at the National Astronomical Observatory are unable to identify the signals, but believe that they are likely from alien civilizations.

Scientists from Beijing Normal University may have detected these signals, but they also warn that they could be just radio interference.

FAST is the world’s largest filled-aperture telescope and second largest single-dish radio telescope on Earth. It is located in southwest China in the Guizhou province.

For more information on this curious story, consider the following news outlets listed below to stay in the know.