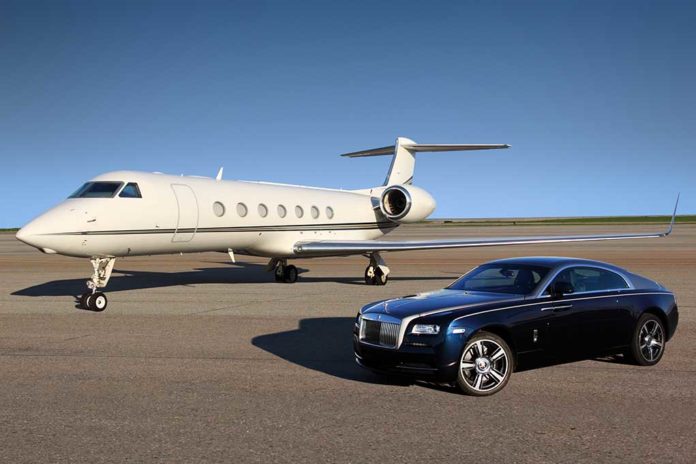 (ConservativeStar.com) – Former President Donald Trump experienced something that would shake up even the most seasoned of travelers after his recent trip to New Orleans, Louisiana. A donor lent him the use of a private plane to return to Mar-a-Lago. Shortly after takeoff, one of its four engines failed and the pilot elected to turn around and return to the airport. Trump took time out of his busy schedule to call out mainstream media outlets for publishing false claims related to the emergency landing and its aftermath.

Trump’s Save America PAC sent an email to supporters updating them about the 757 he used during his 2016 presidential campaign shortly after the incident. As one might expect, the Liberal media had a field day, claiming Trump was using the incident for fundraising purposes. For example, late night host Jimmy Fallon claimed Trump was begging supporters for money for a new plane during a recent monologue.

Trump Would Like Supporters to Fund a 'Trump Force One' Plane After Emergency Landing in Private Jet: Report https://t.co/9CbMGBtXEO

The Hill’s article on the subject originally implied the same but was updated to note that the “email does not explicitly ask supporters…” But its article also included a disparaging note saying the affectionately-named Trump Force One was parked at a hanger in upstate New York in a state of disrepair.

In truth, the plane flew to Louisiana in November 2021 for scheduled maintenance. Trump corrected the story, telling reporters the workers should complete the repairs “in approximately 90 days… [and the plane] will then be put back into service.”

The former president also pointed out that he grounded Trump Force One because standard presidential security measures do not allow a sitting president to use a privately-owned plane, not because of any outstanding maintenance or serviceability issue.

Too bad the media didn’t have time to fact-check the claims before attempting to make a big ado about nothing.