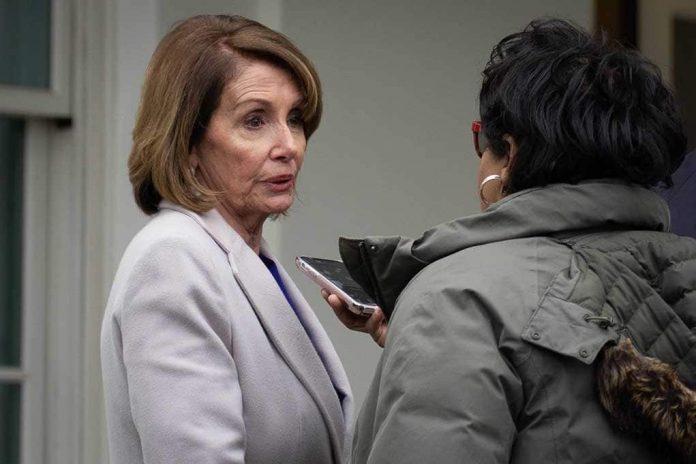 (ConservativeStar.com) – Former President Donald Trump made a big endorsement in Greenville, North Carolina recently. The 45th POTUS endorsed Representative Ted Budd (R-NC) after his daughter-in-law Lara decided not to run. During his address, he energized the crowd with talk of reclaiming the House of Representatives and delivering jabs at Dr. Anthony Fauci, China, and Speaker of the House Nancy Pelosi (D-CA).

With only a thin majority in Congress for the Democrats, Trump believes just flipping a few seats would be enough to oust Speaker Nancy Pelosi (D-CA), who led the “impeachment hoax.” Currently, she is holding onto the majority by the skin of her teeth.

With the renewed focus on the COVID-19 virus allegedly originating from the lab in Wuhan, China Trump took the opportunity to remind people of Fauci’s growing email scandal. The former POTUS even went so far as to say the United States should demand $10 trillion in reparations from the Communist country.

Watch some of the highlights of the speech below:

Prior to the speech, the former president appeared on the Wayne Allyn Root radio show where the host suggested that he run for a House seat in 2022 and take Pelosi’s gavel himself. An interesting fact — the Speaker of the House does not need to be an elected member, so theoretically speaking a Republican-controlled chamber could name President Trump to the position on their own. Wouldn’t that be something?