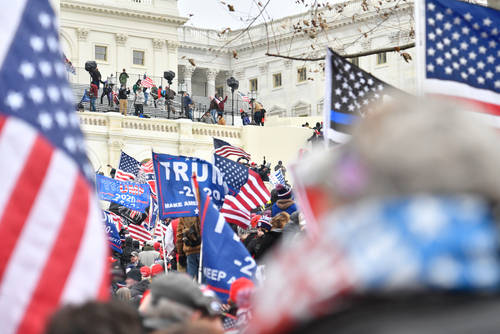 The House select committee investigating the Jan. 6, 2021, attack on the Capitol portrayed former President Donald Trump as failing to call off the rioters and on some occasions encouraging them.

The committee used testimony from several witnesses to show that Trump failed to act as the attack on the US Capitol unfolded, and instead chose not to contact any of his law enforcement or national security officials.

Former officials who were with Trump as he watched the riot unfold on television said the former President did not call for the National Guard or a law enforcement response, and that his refusal to condemn the violence was indefensible.

The committee played outtakes from a video of President Donald Trump discussing the riot at the U.S. Capitol. In the video, Mr. Trump appears reluctant to say that the election is over.

On January 9th, two of President Trump’s top campaign officials texted each other about the President’s glaring silence on the death of Capitol Police Officer Brian Sicknick, who succumbed to his injuries the night of January 7th. pic.twitter.com/vh4v7qwQYp

White House officials described a tweet from then-President Donald Trump as a breaking point that prompted some to decide to resign. The tweet was a reference to the vice president’s refusal to block the certification of President Biden’s election win in the joint session of Congress.

The committee displayed texts among the National Security Council starting at 2:13 p.m., including one saying “VP being pulled” and another saying “decision in the next 2 – 3 mins or they may not be able to move”.

For more updates on the hearings, please consider the news outlets below: