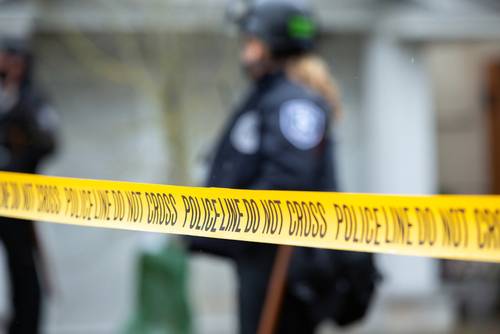 The bodies of four University of Idaho students were discovered inside a home steps away from campus on Sunday.

The cause of death has not been released. However, investigators have concluded information about the potential murder weapon. They believe that a knife was involved somehow in the deadly attack against the students.

The school put out an alert on Twitter at 3:07 p.m., asking students to shelter in place, before lifting the alert at 3:46 p.m.

Police received a call about an unconscious person at King Road on Sunday. It was while they were responding to this call that they found the four students dead at the home.

The University of Idaho president said the students were all “killed” under tragic circumstances, and Moscow Mayor Art Bettge said all four of the deceased students were considered victims in the investigation.

Moscow Police believe this was an isolated, targeted attack and are working to establish a timeline of events. There are no suspects in custody yet.

The victims’ identities have finally been released by the authorities. The victims were 20-year-old Ethan Chapin, 21-year-old Madison Mogen, 20-year-old Xana Kernodle and 21-year-old Kaylee Goncalves. They were members of the Sigma Chi fraternity and the Pi Beta Phi sorority.

The university canceled classes on Monday and said additional security staffers were available to walk students across campus.

The University of Idaho president urged employees to be empathetic and flexible with students who decided to leave classes to spend time with their families. The police also asked that people respect the privacy of the victims’ family and friends.

The school is encouraging students to use its counseling center, and contact authorities if they believe they have any information related to the suspected homicides. A University of Virginia student is also being sought for the suspected crime.