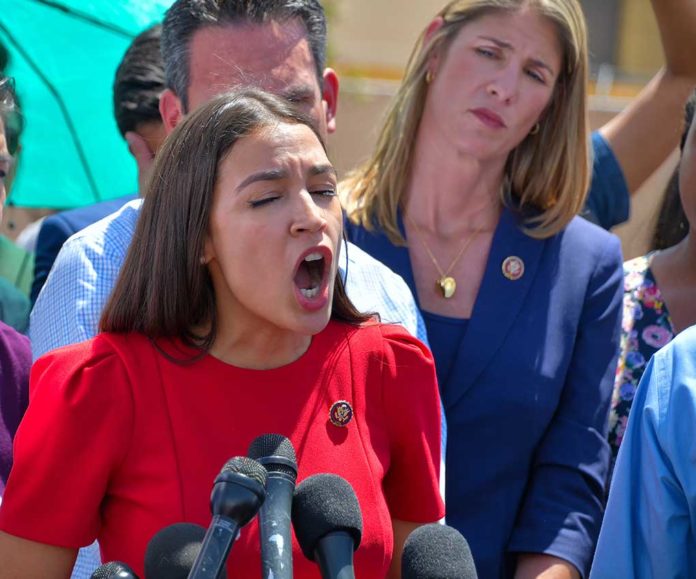 (ConservativeStar.com) – A progressive lawmaker recently complained about having to pay the cost of a college education – despite making several times the average wage. As ordinary Americans struggle with runaway inflation, it’s an amazingly tone-deaf thing to focus on.

On December 4, Representative Alexandria Ocasio-Cortez (D-NY) gave a speech in the House and decided it was a good time to object to having to repay her student loan. The far-left firebrand called it “unacceptable” and “ridiculous” that she still owes $17,000 for the four years’ education she got from a private university. After graduating, she worked as a bartender, a job which she could arguably have done without a double major in economics and international relations.

Let’s stop advancing this narrative that student loan debt is for the privileged.

Do we really think a billionaire’s child is taking out student loans?

First-generation college students are twice as likely to report they are behind in making student loan payments. pic.twitter.com/KyGnrJCjNq

AOC chose to get a degree, and she chose to do it at a private college. Now, she thinks it’s “unacceptable” that she should have to pay that college for four years’ tuition. Just to make it worse, AOC earns $174,000 a year as a US representative – and the loan repayments she’s so upset about come in at under $200 a month.

Economist Brad Polumbo pointed out that writing off student loan debt – as AOC is demanding – doesn’t make the debt disappear. It means taxpayers have to pay it off instead, whether they went to college or not. Polumbo’s message to AOC was simple: “pay your own darn bills.” Conservative commentator Matt Walsh also weighed in, asking “She makes $175,000 a year and wants the tax payer to assume her debts?” and pointing out that student loan forgiveness is just “upper class welfare.”