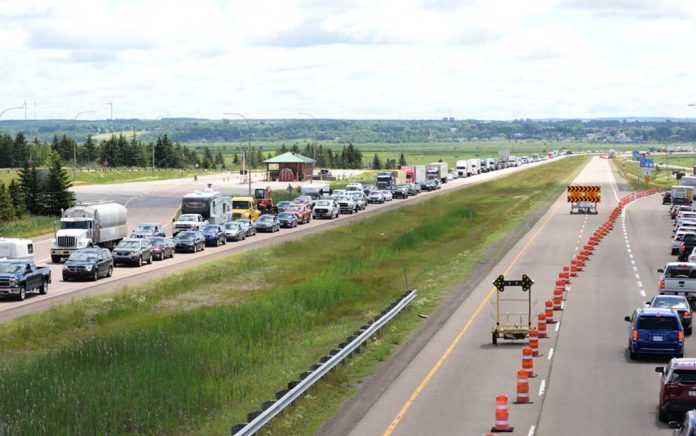 (ConservativeStar.com) – The COVID-19 pandemic is not new. At this point, Americans have the information needed to decide what’s best for their families. If a person is at high-risk for the most serious complications from the coronavirus, it’s likely they’ve figured out how to limit their exposure by now.

That’s why it’s pretty incredible that Democratic mayors in big cities across the country think the American people need their input on how best to do that. And, we’re not talking about mayors giving advice. They are FORCING the residents of their city to do what they want.

This week, New York City (NYC) Mayor Bill de Blasio announced he’s setting up checkpoints at “key entry points” in the area to screen visitors from over 30 states. The Democratic leader said the travelers will be told they are required to quarantine, it’s “not optional.” He went on to say failure to do so “comes with serious penalties.”

On August 5, Los Angeles Mayor Eric Garcetti (D) announced he was going to allow the city to cut off utilities, power and water, to properties that aren’t following the quarantine orders and still holding large gatherings. According to the LA County Department of Public Health, people who violate the order are committing a crime and it’s “punishable by fine, imprisonment, or both.”

In Houston, Mayor Sylvester Turner (D) recently announced people who aren’t wearing masks in the city will be fined $250. The Democrat said the city’s police will issue warnings and citations to residents who are violating his order.

🚨 Today, I am announcing that we will begin issuing citations to people who are not wearing mask under the state's mandatory mask order. @houstonpolice will issue warnings and citations to anyone not wearing a mask in public, if they don't meet the criteriafor an exemption. 🚨

At what point do these orders become a violation of people’s rights? America is supposed to be the land of the free, not the land of mandatory masks and utility shut-offs when people don’t behave as Democratic leaders would like.