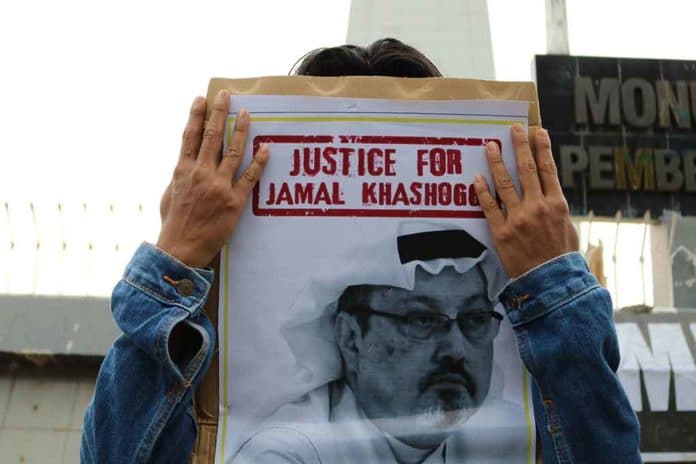 (ConservativeStar.com) – On October 2, 2018, Saudi Arabian national Jamal Khashoggi, a journalist based out of America, walked into his country’s consulate in Istanbul, Turkey, and was never seen alive again. His murder set off a firestorm of condemnation around the world since it may have been in retaliation for his articles that reflected poorly on his homeland’s royal family.

The CIA concluded that Crown Prince Mohammed bin Salman Al Saud ordered his torture and death at the hands of 15 Saudi agents, one by the name of Khaled Aedh al-Otaibi. An arrest warrant from Turkey in his name triggered an alert at Charles de Gaulle airport in Paris, France, on Tuesday, December 7. However, police couldn’t positively identify the man with that name on his passport as the wanted Saudi agent.

A man who was arrested and believed to be a Saudi operative involved in the torture and killing of Jamal Khashoggi, a prominent journalist and critic of the Saudi royal family, was released from French custody after police said he had been detained in a case of mistaken identify. pic.twitter.com/zOZkFEmFam

Because the Turkish warrant had no biometric information and a poor quality picture, and the Saudi Embassy in Paris informed authorities that it was a case of mistaken identity and to release him.

While only some of those involved in the heinous act have been brought to justice, Khashoggi is still remembered. The Washington, DC City Council gave the Saudis a virtual poke in the eye when they recently renamed the street in front of their Embassy in honor of the journalist.