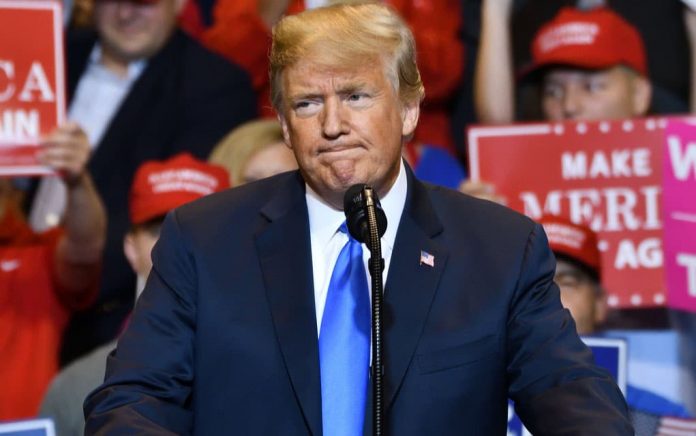 (ConservativeStar.com) – Liberal tech companies appear to have made a decision to SILENCE President Donald Trump.

According to a horrific report from Politico, phone companies like AT&T and Verizon have just SUSPENDED Donald Trump’s 2020 campaign text-messaging program. The liberal companies are preventing Trump from communicating with his supporters by text message.

Meanwhile, the giant companies are allowing Joe Biden to still message his supporters.

Donald Trump CENSORED Ahead Of 2020 Election

Trump’s campaign office attempted a small test of their text messaging campaign over the 4th of July weekend. The major phone companies promptly shut him down, for reasons initially unclear. The telecom companies put the blame on the administrators hired to run their systems, but then later issued a very vague statement about guidelines regarding opt-in language and obtaining permission to send texts.

It sounds like they’re accusing Trump of “spamming” his recipients, while many have confirmed they’ve willingly given their text information at campaign rallies and events. Jared Kushner, Trump’s son-in-law and White House senior advisor, was able to resolve the issue.

The problem? It took a startling 5 days to come to a resolution – a delay that could cause critical levels of damage to any political campaign’s efforts — especially as we approach the November 2020 election.

Was it censorship? The lack of a clear, transparent statement from the telecom companies doesn’t sit well with Trump supporters.

This isn’t the first time Donald Trump has tackled alleged censorship issues, either. Back in May, he signed an executive order prohibiting online platforms from violating our rights to freedom of speech. He’s fighting for our rights, but will he need to take things a step further?

Do YOU think Democrats are trying to rig 2020? Email us your answer and let us know what you really think!