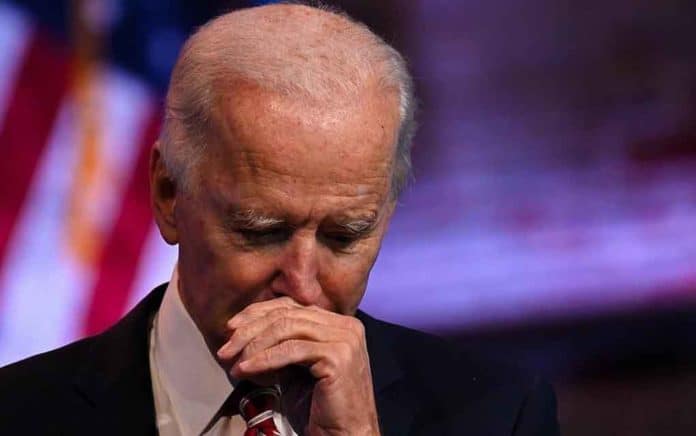 (ConservativeStar.com) – Last week, three US soldiers were honored with the nation’s top award for valor. President Biden carried out the award ceremony, presenting the medal to the only surviving recipient and the families of the other two.

It was my great honor to award the Medal of Honor to Sergeant First Class Alwyn Cashe, Sergeant First Class Christopher Celiz, and Master Sergeant Earl Plumlee. We must never forget their unparalleled courage or the sacrifices they made in service of our nation. pic.twitter.com/U9OLYvLd3i

On December 16, the president held a ceremony at the White House to award the Medal of Honor to three soldiers who served in Iraq and Afghanistan. They were as follows:

Master Sergeant Earl Plumlee, United States Army Special Forces. On August 28, 2013, Plumlee was at FOB Ghazni, Afghanistan, when a suicide car bomb destroyed the camp gate and nine Taliban atacked the camp. Plumlee engaged in close-quarter battle, fighting on despite being wounded by a suicide vest.

Plumlee also dragged a wounded soldier to safety and gave first aid before returning to battle, preventing the enemy from penetrating into the FOB. Initially awarded a Silver Star for the action, Plumlee’s award was later upgraded to the Medal of Honor.

Army Sergeant First Class Christopher Celiz, 75th Ranger Regiment. On July 12, 2018, SFC Celiz was leading an operation to clear enemy forces from an area in Paktia Province, Afghanistan when his unit was engaged by a large Taliban force. An Afghan soldier working with the Rangers was critically wounded, and while he was being carried to the evacuation helicopter under fire Celiz moved out to cover the loading. As the casualty was being loaded Celiz was hit. Unwilling to risk the helicopter by delaying it for himself, he motioned for the pilot to take off, saving the casualty at the cost of his own life.

Army Sergeant First Class Alwyn Cashe, 15th Infantry Regiment. On October 17, 2005, SFC Cashe was patrolling in Iraq’s “Sunni Triangle” when a terrorist bomb destroyed his Bradley infantry fighting vehicle. Cashe suffered minor injuries in the explosion but was soaked in fuel. Nevertheless, he repeatedly returned to the vehicle to rescue trapped members of his squad, saving six as the vehicle was engulfed by flames.

After rescuing the fifth man, Cashe’s uniform caught fire. Ignoring this, he rescued a sixth man while on fire himself. Cashe died of his injuries on November 8, 2005. Originally awarded a Silver Star, his award was later upgraded to the Medal of Honor.