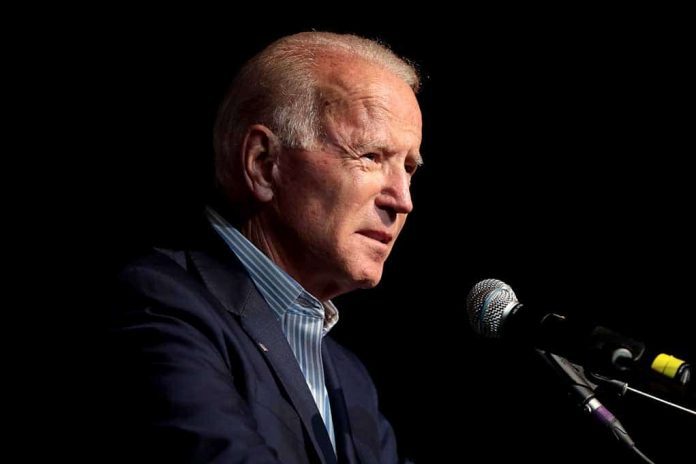 (ConservativeStar.com) – Most people acknowledge that there’s a crisis at America’s southern border with the number of illegal aliens entering the country. What may be less well-known is the conditions minors are facing when they cross the border unaccompanied by an adult.

In order to make the area appear less of a disaster area, President Joe Biden’s administration shuffled them off to Emergency Intake Units (EIUs) and the deplorable level of care being given to the children has caused two typically left-wing organizations to file a lawsuit essentially alleging child abuse — exactly what former President Donald Trump was accused of.

The filing relies heavily upon two letters from The Government Accountability Project to congressional committees and the Office of Inspector General (OIG) at the United States Department of Health and Humans Services (HHS). They were sent on the behalf of four individuals who spent time at the EIU at Fort Bliss, Texas, and detailed some of the horrors these young people are being forced to endure.

The first missive, dated July 7, was for their clients Laurie Elkin and Justin Mulaire, who noted that HHS essentially abdicated their role and said the dormitory-style tent leaders were employed by the Department of Labor, the Drug Enforcement Administration, and other various government agencies. What’s more, they describe bedding that appeared to never have been washed even though children had been using it for up to two or more months.

A second letter about two other whistleblowers, Arthur Pearlstein and Lauren Reinhold, was sent on July 28. These government workers described a system where non-government contract workers rule. Complaints to the higher-ups in the federal government received the response that “it was the contractors that were in charge and government employees needed to be responsive to the contractors’ needs.”

The letter alleges an atmosphere of sexual harassment surrounded the girls as construction workers on the premises made loud, inappropriate remarks toward them. They also recounted discussions with boys who told them they either had only one pair of underwear with none to change into or simply no underwear at all.

The July 28 letter tells the tale of a place where “COVID was widespread among children” at the encampment and that it eventually spread to many workers, in part, because infected kids were not given adequate masks to prevent the spread. They further alleged the severity of the viral outbreak was “deliberately kept under wraps.”

An article in the New York Post questioned why the floodgates are open, especially with another variant of the virus that appears to be more dangerous than Delta. The COVID Lambda variant is reportedly devastating South America. Former acting Commissioner of Customs and Border Protection Mark Morgan was quoted in the Washington Examiner as saying at least 40,000 immigrants known to be infected have been placed in cities across the country.

If the accusations from all these witnesses are, in fact, true, then President Biden, Vice President Kamala Harris, and their associates could end up being complicit not only in the mistreatment of immigrant children, but in exposing millions of Americans to serious illness, as well.