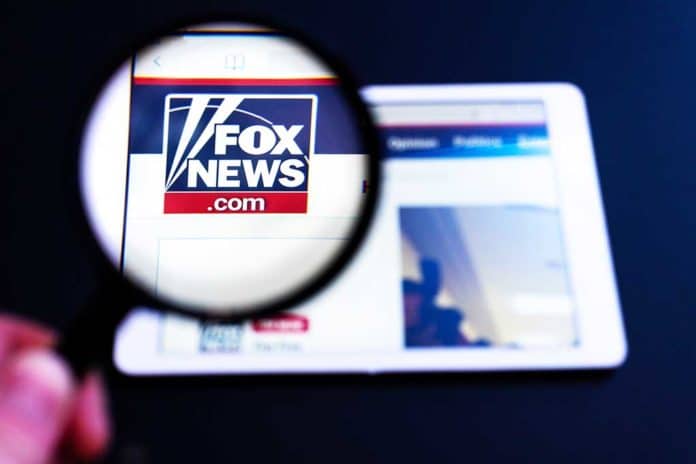 (ConservativeStar.com) – Those who serve on the Supreme Court of the United States (SCOTUS) are appointed to the position for life. When Justice Stephen Breyer announced that he would be retiring after the court’s current term, President Joe Biden was given his first opportunity of naming a nominee. He chose Judge Ketanji Brown Jackson, who was recently seated on the United States Court of Appeals for the District of Columbia but perhaps more importantly, she ticked his checkbox of being a Black woman — to the delight of Liberals/Democrats.

Did Fox News Drift to the Left?

Jonathan Turley, a regular contributor to Fox News, appeared on “America Reports” and expressed his opinion that Jackson has a “depth of experience” that he believes can be beneficial. The Liberal media ran with the quote and came up with headlines such as Mediaite’s “Fox News Lauds Biden’s ‘Very Impressive’ Supreme Court Pick.”

However, he walked back his perceived praises suggesting that this might be “a wink-and-a-nod nomination,” in an opinion piece that Turley wrote for The Hill. He questioned both the president’s timing and motivations in the article. As he pointed out, SCOTUS has regularly declared that while it is unconstitutional for corporations and schools to make race/gender a prerequisite for consideration, that is exactly what Biden did.

The world has watched in increasing horror after Russian President Vladimir Putin unleashed his military might against Ukraine and this — perhaps intentionally — pushed the nomination from the forefront of the news. Another concern is the groups and people behind the scenes who were pushing Judge Jackson’s name for consideration, including self-proclaimed Socialist Senator Bernie Sanders (I-VT) and Demand Justice, a leading group championing the idea of court-packing.

As is typical, it seems, among young law students and lawyers, Jackson changed jobs frequently, spending time at several legal firms. She even clerked for the man whose seat she hopes to take over. She was an assistant public defender in the federal system working out of Washington, DC, and did two stints with the United States Sentencing Commission, where she worked diligently to reduce prison sentences for certain criminals.

According to the Republican National Committee (RNC) website, Judge Jackson is “a Democrat partisan” who continually tried to block the policies of President Donald Trump. She’s also a District Judge who was regularly overruled by appeals courts. The RNC also accuses her of being a “zealous” advocate for terrorists held at Guantánamo Bay, well beyond simply offering the level of commitment required by law.

Ultimately, the Senate will hold hearings and then vote on Judge Jackson’s future. Will she be the first Black woman to sit on the Supreme Court? Time will tell.