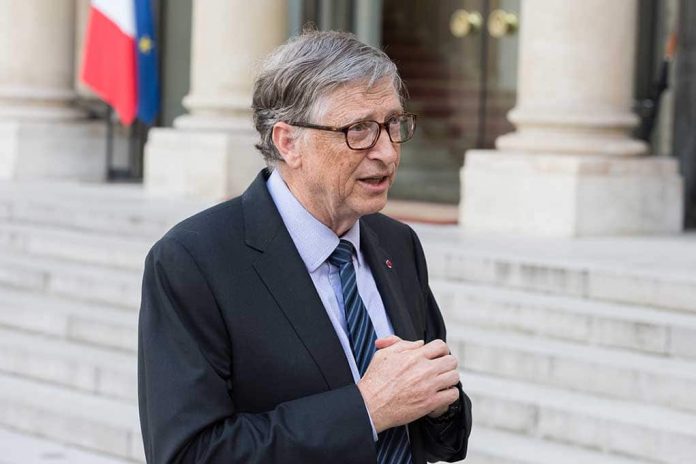 (ConservativeStar.com) – Disgraced billionaire Jeffrey Epstein who died in a prison cell in 2019 — supposedly by his own hand — was facing charges of trafficking underage girls and using his private jet to allegedly fly them to his Caribbean “Pedophile Island.” His list of friends and acquaintances included some high-profile men including former President Bill Clinton and UK’s Prince Andrew and, apparently, Bill Gates. The Microsoft co-founder is now speaking out about the “huge mistake” their interactions were.

Gates and Epstein first met in 2011, years after the latter’s guilty plea and subsequent conviction for soliciting a minor for prostitution. When Gates introduced the man to his now ex-wife, Melinda, she was so put off by him that she told her then-husband to end the relationship. The narrative he’s given has changed over time from first denying any contact to admitting a few meetings strictly about philanthropy, according to a Gates spokesperson in June 2021.

Bill Gates is trying to do damage control over Epstein, lets not forget he lied and tried to cover up that he even had a relationship with him.

Its fair to assume that he is definitely not telling the truth now. pic.twitter.com/NOQJlfUjx7

However, according to the Daily Beast, there are sources who claim Gates asked Epstein for advice on how to end his “toxic” marriage. A cynical person might wonder why two people who barely know each other would discuss such a deeply personal matter. But, Epstein is beyond questioning, unless one is a believer in the powers of an Ouija board, and Gates would be a fool to delve any deeper into the matter.