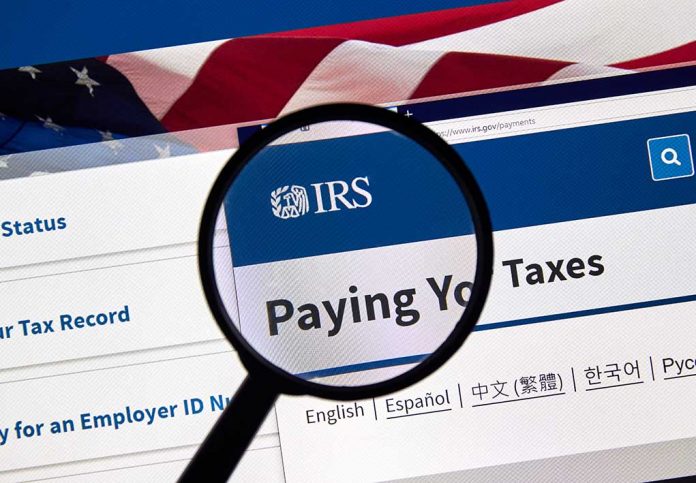 (ConservativeStar.com) – A bipartisan group of senators is working to find a compromise on the $1.7-trillion infrastructure bill proposed by President Joe Biden that’s basically built an Iron Curtain between the two parties in the chamber. One point in the president’s plan is a “pay-for” [a method to fund the provisions] that the GOP wanted nothing to do with: giving more money to the IRS to ramp up enforcement policies.

GOP Sen. Rob Portman says the improvement of IRS enforcement of existing laws is not included in his proposal as a potential method to pay for the $1.2 trillion bipartisan infrastructure deal. “There are other ways to do this.” #CNNSOTU pic.twitter.com/OJbuPmeCAj

Senator Rob Portman (R-OH) is one of the main drivers of the bipartisan bill, and he’s announced enhanced IRS enforcement won’t be a part of the proposed legislation — whatever that might be. Senate Majority Leader Chuck Schumer (D-NY) has set a deadline of Wednesday, July 21, for a procedural vote to allow the measure to come to the floor for debate.

However, there’s no text for the other senators to read and make an informed decision on, just a basic “framework” from which the bipartisan team is working. Schumer has also set that day for the Democratic caucus to decide if they’ll vote as a group on the overall $3.5-trillion budget proposal submitted by Biden.

If all the Democrats agree, they can pass the entire package — including their oddly broad definition of “infrastructure,” which many on the Right see as a part of the Left’s Socialist agenda — without a single Republican vote. Some have speculated the rushed voting schedule for the bipartisan project is the majority leader’s attempt to kill it in favor of the leftist wish list.