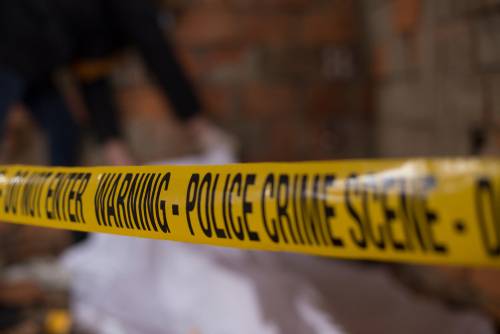 A 10-year-old boy shot his mother in the eye at close range on Nov. 21 after she wouldn’t let him buy a virtual reality headset from Amazon. The boy allegedly told detectives he had taken the gun out because he was angry she had woken him up 30 minutes early.

The 10-year-old initially told police he’d shot his mom accidentally. However, he later told his aunt he had been intentionally aiming the gun at his mother.

The boy’s family said he had a history of disturbing behavior, including setting the living room furniture on fire and swinging a puppy by its tail.

Family members told detectives the child experienced “rage issues” his whole life, and that he had five different imaginary people that talked to him. The child’s grandmother said that she and her church people tried helping the child with his mental illness.

After learning these new details from family, police interviewed the boy again. This time, he told them he aimed the gun at her with two hands while in a shooting stance.

The 44-year-old mother that dies is deeply missed by her community. Quiana Mann, who worked in behavioral health, had four children and a “spirit of giving” that “superseded any pain she may have experienced.”

Milwaukee police say they are still investigating the fatal shooting that occurred on Monday. They recommend keeping firearms secured with a gun lock and out of reach of children.

Wisconsin law requires children as young as 10 to be charged as adults for certain serious crimes, including homicide. Therefore, the young boy is being tried as an adult.

The child never cried or showed remorse about his mother’s death, according to his aunt and sister.

The following day, the young boy ordered the headset that he shot his mother over. While speaking with his family members that morning, he briefly apologized for killing his mother with very little expression. However, he seemed more concerned about whether his Amazon package had arrived.