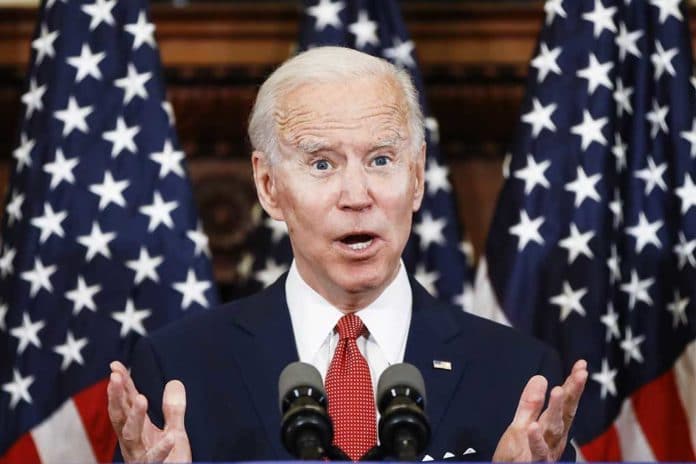 (ConservativeStar.com) – On Friday, January 28, President Joe Biden was making a previously scheduled trip to the city of Pittsburgh, Pennsylvania — typically viewed as a blue-collar city — to talk up his plans for the $1.2-trillion infrastructure bill signed in November. Just hours before he was scheduled to arrive, at just after 6:30 a.m., the Forbes Avenue bridge above Frick Park suffered a catastrophic failure when a section of the span suddenly plunged 100 feet or more into a ravine.

First responders rushed to the scene to find several cars and a double-length Port Authority bus had taken the frightening ride along with the concrete and steel. Fortunately, there were no fatalities, only 10 people were injured and none of those injuries appeared to be life-threatening. Scenes of these heroes showed the extraordinary length they go to in order to save lives. For example, a paramedic was seen loading one of the victims into the bed of his personal pickup truck.

The failure of a bridge is not just a one-off issue for the city and surrounding Allegheny County, when one considers it’s famous for its “three rivers” where the Allegheny and the Monongahela waterways come together to form the Ohio River. There are 1,580 bridges in the area and the state’s Department of Transportation (PennDOT) rates 175 of them in poor condition, meaning structural elements are showing advanced deterioration.