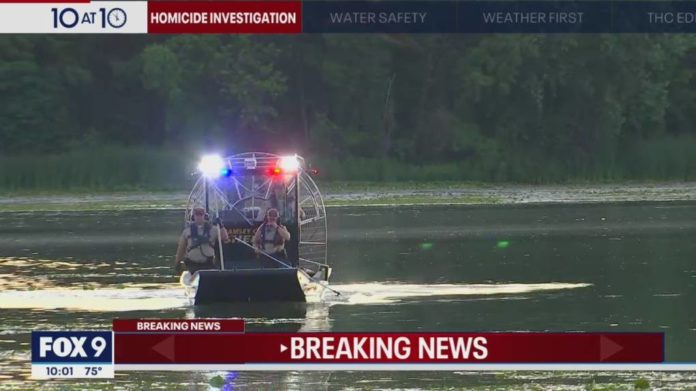 Authorities have found the body of a small child in a lake.

Authorities responded to a suicide call at a mobile home park and found the victim’s partner had left with their children. They searched the lake and found the child’s body.

Police were searching for three children who went missing. They found the mother’s car and the children’s shoes near the lake. These pieces were evidence indicated a murder-suicide.

The body that was found was the child of the suicidal mother. This could mean that the remains of the child’s siblings could be in a similar area.

Police responded to this report of a murder-suicide at Vadnais Lake, where they found one child’s body and are searching for the other two children. The mother of the children remains missing, and the deceased man may have had a connection to the children.

Because authorities found the body of one child, they and are searching for the other two siblings in Vadnais Lake. All three children are less than 5 years old.

During the investigation of the murder-suicide at Vadnais Lake, there was much commotion. A heavy presence of emergency vehicles was seen at the scene, and family and friends were sobbing just outside the police perimeter.

Ramsey County Sheriff Bob Fletcher called the situation unfolding Friday at Vadnais Lake a “likely triple homicide” and said he doesn’t know for a certainty whether the woman’s body is in the lake.