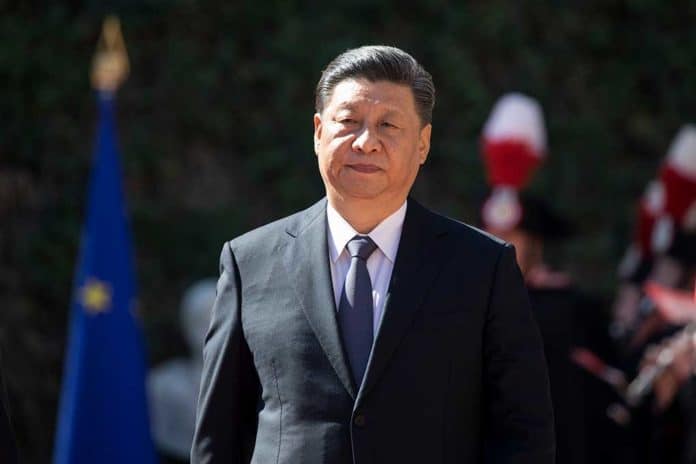 (ConservativeStar.com) – China’s ruling Communist Party (CCP) has just edited its official history, only the third time that’s been done since the party was formed in 1921. To most westerners, the idea of so blatantly rewriting history is laughable – even pathetic – but, in the context of China, it’s a dangerous sign.

China watchers believe President Xi Jinping, who’s midway through his second five-year term as president of China, plans to secure a third term at the 2022 Communist Party Congress. That’s a lot easier to arrange in China than it is in a western democracy, of course. All parties except the CCP are banned, so the only candidate for the presidency will be the one the CCP puts forward.

Well, guess who’s leader of the CCP? Yes, that’s Xi Jinping again. In 2018, he eliminated the two-term limit for CCP leaders. Now, he plans to nominate himself as the party’s candidate, and the only way he won’t achieve that is if he loses the support of the party’s Central Committee between now and then.

The chances of the Party rebelling against Xi are slim but, just to make sure, he’s now authorized a change to the CCP-approved version of Chinese history. Up to now, the party has recognized two “transformative” leaders: Mao Zedong, who led the communist revolutionaries to victory in China’s civil war, and Deng Xiaoping, who ended Mao’s failed economic policies in the 1970s and launched China on the path to becoming a major economy.

Now there are three leaders named in Party history. Xi has been added to the pantheon because, under his leadership, China has “achieved the tremendous transformation from standing up and growing prosperous to becoming strong.”

Why Does This Matter?

The latest version of the party’s history praises Xi for his “enormous political courage” and “new ground in… diplomatic endeavors.” It says he’s “turned crises into opportunities.” The reality is that he, through his aggressive expansionism in the South China Sea, has created those crises.

Under Xi’s leadership, China’s policy towards Taiwan has become so aggressive that many analysts now expect an invasion attempt in the next 5 to 10 years. China is building, and militarizing, artificial islands in an attempt to control huge expanses of ocean. It has territorial disputes with every one of its neighbors, and the rest of the world increasingly sees it as a rival instead of a trading partner. Xi has already caused huge damage to the global economy and the balance of power – and this historical revisionism shows that he plans to cause even more.