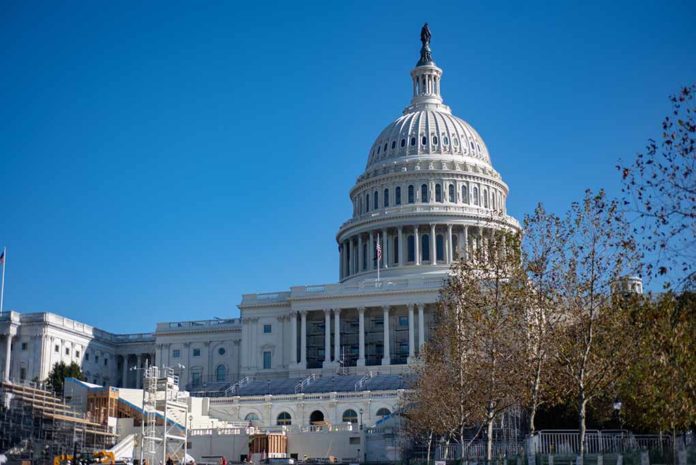 (ConservativeStar.com) – Former Trump staffer Steve Bannon is facing trial for contempt of Congress, after defying a subpoena to appear in front of House Democrats. Now the government is trying to silence him in the run-up to his court appearance – but he’s found some unlikely allies.

Bannon on the side of the Public's Right to Know, Judge and prosecutors mean to keep documents secret and the public in the dark: Bannon pushes for documents#TheGreatAmericaShow lhttps://t.co/wSP1vPkfBfhttps://t.co/9KtTjBy65I

On November 28, the federal government applied for a “protective order” to stop Bannon, who led former President Donald Trump’s 2016 election campaign and later served as chief White House strategist, from sharing information disclosed to his defense team ahead of his trial. The government says sharing the documents would prejudice the jury and complains that Bannon wants to “try this case in the media rather than in court.”

Now, a group of media organizations, including the New York Times, The Washington Post, ABC, CNN and NBC, have joined Bannon’s lawsuit. They say the protective order violates the First Amendment and argue that the government hasn’t shown that less restrictive measures would protect the jury from bias.

There’s irony in this situation. During the 2016 campaign and his time in the White House, Bannon was a fierce critic of the mainstream media, which he’s described as “the real opposition.” In turn, news outlets repeatedly attacked Bannon. Now, they’ve joined his lawsuit. Are they maybe starting to understand who the real enemy is?