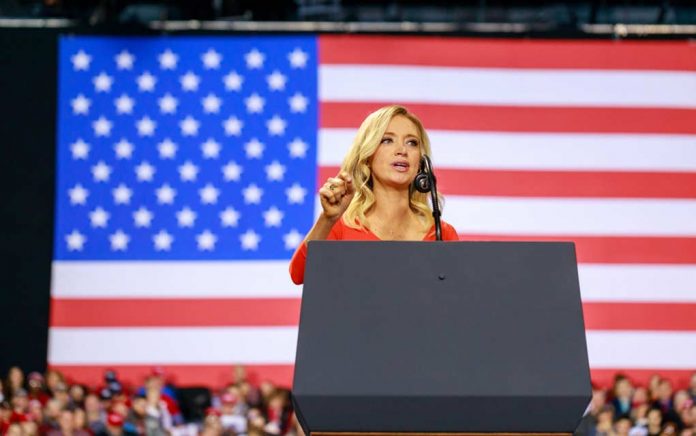 (ConservativeStar.com) – Ever since President Donald Trump defeated Barack Obama’s heir apparent Hillary Clinton in 2016, Liberals and their media shills discarded any chance of civility. CNN political analyst Joe Lockhart has been one of the leaders of the pack and his recent actions show he has no intention of changing.

Fire One and Shoot the Other

Couching it in terms of what he might’ve expected for himself when he was the press secretary to former President Bill Clinton, he took aim at two members of team Trump. When speaking about Kayleigh McEnany, Lockhart felt that actions like hers warranted termination from her job.

However, it was the next part of his tweet where he crossed the line from political commentary into what could be construed as a threat. He felt the actions of Tim Murtaugh warranted being terminated. With a bullet.

This isn’t Lockhart’s first time using his platform to let the more ill-mannered side of his nature shine. Based on a debunked statement from another reporter’s book manuscript that Vice President Mike Pence was put on “standby” to take over the presidential duties, Lockhart took to Twitter to set forth a theory that President Trump was having strokes he was hiding from the American public.

His own news network had to pay high school student Nick Sandmann $250 million for defamation for characterizing him as the aggressor in a verbal altercation with a Native American man while on a trip to Washington, DC. Regardless of the fact that CNN admitted culpability, he felt it necessary to refer to him as a “snot-nose entitled kid from Kentucky.”

Lockhart’s behavior is far from atypical among the mainstream media today, it actually seems to be something of a badge of honor. Even the pretense of being unbiased seems to have gone the way of the dinosaur. Or, maybe for a man like this, a dodo bird would be a better example.