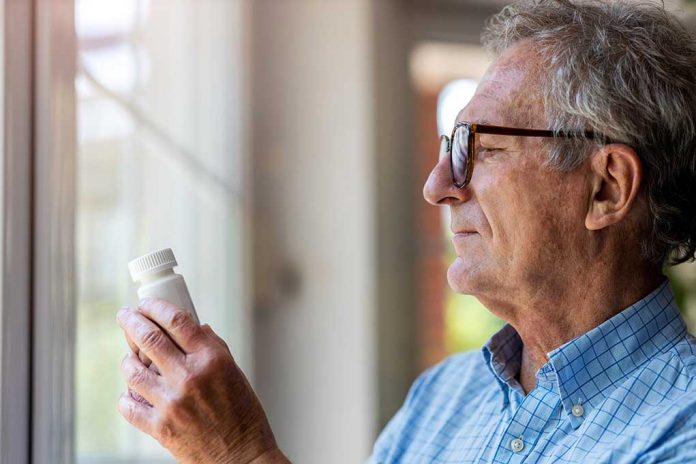 (ConservativeStar.com) – As the COVID-19 pandemic continues to hold the world in its grasp, in part because of the emergence of different variants, pharmaceutical companies continue research on ways to fight It. Merck, in conjunction with Ridgeback Biotherapeutics, has announced promising results for an oral antiviral medicine it’s developing — molnupiravir.

Merck announced today that its experimental COVID pill reduced the risk of hospitalization or death by around 50% in a clinical trial and said it would seek emergency use authorization "as soon as possible." https://t.co/PnRvyo6SWH

According to Merck’s news release, it required all subjects to have confirmed COVID-19 symptoms within five days of treatment onset and at least one underlying risk factor known to result in “poor disease outcome.” Its study showed that 7.3% of the people taking the drug were hospitalized and/or died compared to 14.1% on a placebo, which equates to approximately 50% fewer. At that point, they ended phase two of the three clinical trials. While they continue to move forward, they intend to seek an Emergency Use Authorization (EUA) in the United States and abroad.

The fact that this is the first oral medication is a positive because it may help people overcome hesitancy to take the available vaccine shots. It’s also easier to administer in parts of the world where using injections proves difficult. On the downside, this medication is administered after the onset of symptoms of infection. As one virologist at the University of North Carolina at Chapel Hill, Timothy Sheahan, put it, “mistakes can be made in treating infectious disease, and people can die.” He also said that prevention is a better option than treatment.