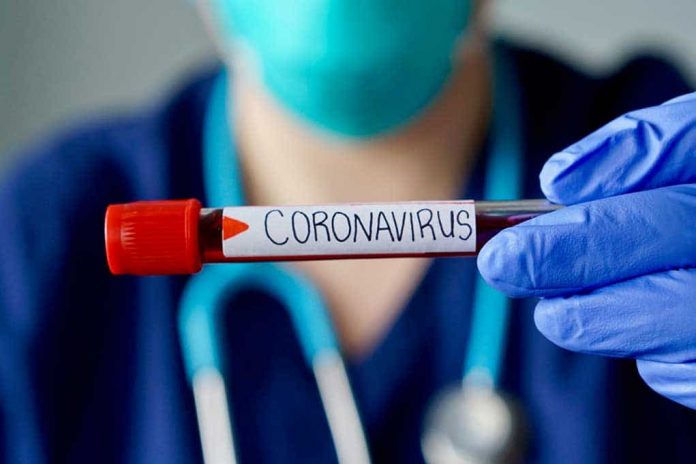 (ConservativeStar.com) – Since early last year, most of the human race have been turning their lives upside down trying to avoid catching COVID-19. Well, not Dennis Prager. The veteran radio host says he’s now tested positive for the virus – and that’s what he was hoping for all along.

Conservative radio host Dennis Prager says he has COVID after he “constantly” hugged strangers in an effort to “achieve natural immunity.”

(Natural immunity is not more effective than the vaccine and those who’ve contracted COVID should still get vaccinated, the CDC says.) pic.twitter.com/fJZuOhOFA3

Prager has always been skeptical about the dangers of COVID, and not convinced by the vaccines either. Now he’s revealed that he had a plan to make the shots unnecessary. On October 18, the conservative radio host announced that he’s been deliberately exposing himself to potentially infected people. “I have engaged with strangers,” he said, “constantly hugging them” in the hope that he would catch the disease and develop a natural immunity to it. Now he’s infected, but not seriously ill, and says this is how he’d planned it.

Prager’s plan is definitely not what the CDC is recommending. Because coronaviruses evolve so fast, natural immunity to one strain doesn’t always carry over to a new variant. The CDC says unvaccinated people who’ve been infected are twice as likely to catch COVID again as those who’ve had the shots, so the natural immunity Prager wants isn’t actually all that strong.

This time around he’s been lucky – he’s recovering well. However, even for those who don’t trust the vaccines, deliberately getting infected probably isn’t the greatest plan. More than 728,000 people in the US have died from the virus since the beginning of the pandemic.