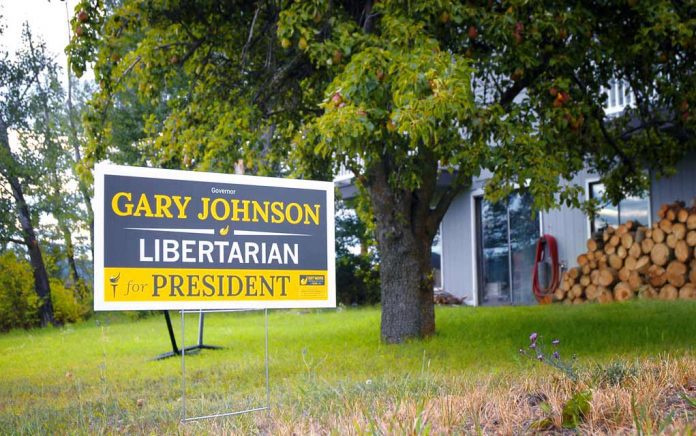 (ConservativeStar.com) – It’s a tale as old as America itself: election time rolls around, and you can’t stand the Democratic candidate OR his Republican contender. Maybe it’s their attitudes, maybe it’s the platforms… either way, you don’t feel comfortable voting for either of them, but you still want to cast your vote.

American talk show host John Ladarola believes the answer is yes, a third-party candidate could win the office — but it certainly wouldn’t be easy. He breaks down why our two-party system is so limited and what a third-party winner would have to achieve in this video.

One of the main points Ladarola touches on is Republicans and Democrats are both automatically listed as options on the ballot. Third-party contenders, on the other hand, must obtain thousands of signatures before they even secure a spot. That extra burden can be the difference between success and failure, especially when you’re up against someone more well-known.

Third-party candidates also have a tougher time accessing federal funding. According to election laws, contenders must secure at least 5% of the popular vote even to qualify. Even then, money isn’t dispersed until the following election cycle — approximately four years later.

All of this adds up to one tough time for candidates who march to the beat of their own drum. But does that mean it isn’t worth voting for them? Not necessarily. The more people who step up and vote for someone other than a Democrat or Republican leader, the more likely that candidate is to become viable over time. At the end of the day, you should always vote for the candidate you believe in most.