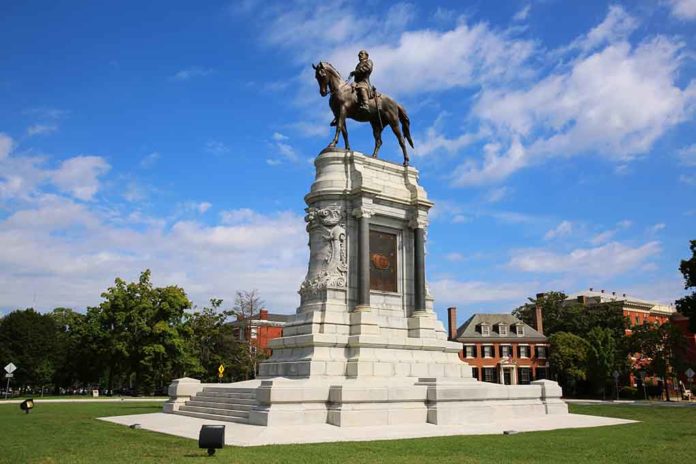 (ConservativeStar.com) – In September, the city of Richmond, Virginia tore down a statue of General Robert E. Lee that had stood there for over a hundred years. The statue’s removal was part of the ongoing campaign to erase America’s history – but, to compensate, it also offered a rare opportunity to unearth another historical object.

General Lee’s statue was erected in 1890, but the foundations of the huge granite plinth it stood on were laid three years earlier. When Virginia Governor Ralph Northam (D) ordered the destruction of the statue in 2020, he said the plinth would remain. However, this month, he changed his mind and ordered that torn down, too – and, to historians, that was significant.

When the plinth was built in the 1880s, a time capsule of up to 60 objects and documents was built into its foundations. Retrieving these relics – rumored to include a rare photograph of Abraham Lincoln – could reveal new facts about the Civil War and its aftermath. Through the demolition process, historians have been on standby for when the capsule was found. There was a false alarm on December 17, when a small lead box containing a few papers and a silver coin was unearthed. Now, it looks like the main one has been discovered.

On December 27, a wooden box was found embedded in a huge block of granite at the base of the plinth. Northam announced the find on Twitter, and said it’s being studied. Soon it will be opened – and the relics General Lee guarded for 131 years will finally be revealed.