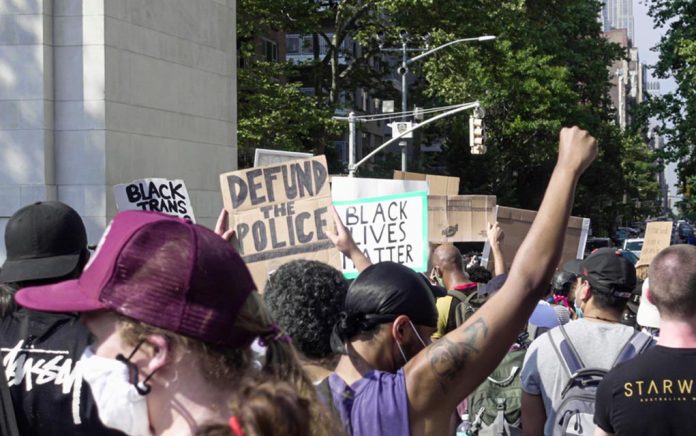 (ConservativeStar.com) – As the Democratic National Convention (DNC) kicks off on August 17, it’ll be interesting to see how the party discusses the defunding of police. COVID-19 may offer cover to some Democrats who agree with the movement, but are afraid of the political consequences.

When governors across the country shut down businesses and quarantined residents, it put a significant financial strain on many local governments. Tax revenues dropped over the budgeted projections significantly. Many municipalities and counties have to decide if raising taxes or reducing spending is the best choice. In the crossfire are the police departments.

In many communities, police are the most expensive line item in the budget. Salaries, benefits, protective gear, vehicles, and liability insurance contribute to the hefty costs.

While Democrats in large cities say they want to divert money from police to social programs, the real question is: is there enough money? Then they have to consider: will that put public safety at risk? Third — and most important to many elected officials — what are the political consequences?

Additionally, some police officers are taking early retirement or leaving altogether due to the political and riot environments. That makes it even easier for politicians to reduce police forces without firing people. During the DNC this week, it’ll be interesting to listen to what Democrats say and don’t say about the “defund the police” movement.

If police budgets are cut as necessities instead of political choices, Democrats may be able to avoid the public outcry.