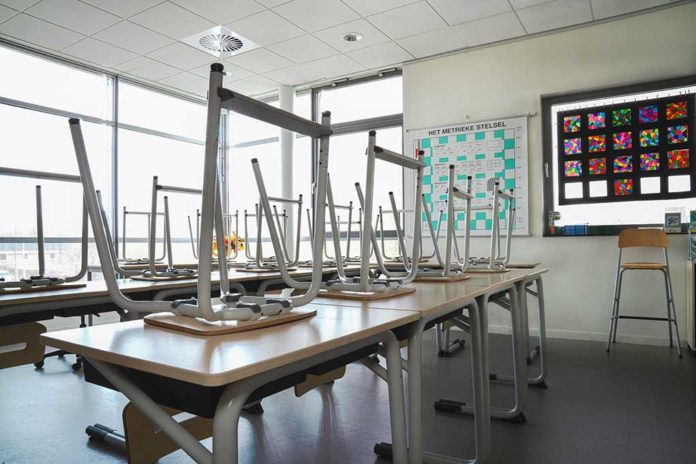 (ConservativeStar.com) – A new split has appeared in the US left, as a Democrat mayor lets loose a devastating broadside at teaching unions. Are some Democrats wising up to the dangers of Biden’s far-left agenda?

On January 5, Chicago Mayor Lori Lightfoot (D) gave a press conference on the crisis in the city’s schools. The target of her speech was the Chicago Teachers Union (CTU), which switched the whole Chicago Public Schools system – which has 340,000 students – to remote learning. Teachers then refused to go to work Tuesday and Wednesday, while the CTU accused Lightfoot of locking down remote learning platforms.

The school where Mayor Lightfoot is a parent is remote today.

The union is demanding a halt in face-to-face teaching until the Omicron wave is over or all students produce a negative test before returning to class. Similar testing requirements are already in place in Washington, DC, and Los Angeles – and online testing portals have crashed under the strain.

Mayor Lightfoot, once a reliable supporter of any far-left cause, isn’t supporting the CTU. Instead, she’s come round to the cause of parental choice and is arguing against enforced testing of students. She’s filed a lawsuit against the CTU, which she claims is holding students hostage. On Wednesday, she said, “We are not going to rob parents of their right and their obligation to tell us if they want testing or not on their children… It’s morally wrong.” That’s fighting talk from a Democratic mayor with Lightfoot’s progressive credentials. Added to San Francisco Mayor London Breed’s sudden conversion to the cause of law and order, the Left is visibly fracturing.