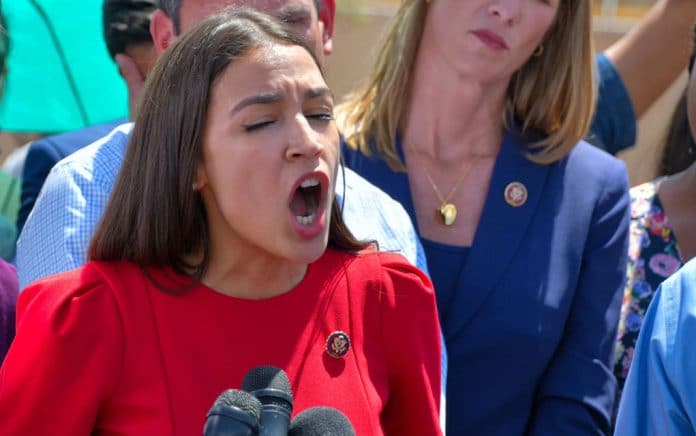 (ConservativeStar.com) – House Democrats seem to be choosing a strange way to honor late Supreme Court Justice Ruth Bader Ginsburg, a firm believer in the Constitution. Speaker of the House Nancy Pelosi (D-CA) and Representative Alexandria Ocasio-Cortez (D-NY) have both said drastic action is necessary to prevent President Donald Trump from filling another seat on the high court.

Both Liberal congresswomen agreed impeachment is a method they could bog down the confirmation process in the Senate. What neither of them offered up was a rationale on how any proceeding in their chamber of Congress could have any impact on the other.

The other glaring omission is found in Article II, Section 4 of the Constitution of the United States, which sets out the legal standard for beginning this procedure as “treason, bribery, or other high crimes and misdemeanors.” Neither woman was willing to explain how the act of a president performing his duties would fit into that intentionally narrow heading.

Nominating a Supreme Court Justice does not meet that standard…to put it mildly. https://t.co/JdPjNiRiNA

The Democratic Party has already tried to take this section of the highest law in the land and twist it into a pretzel to achieve its own purely political agenda — and failed. President Trump has expressed the opinion that if they attempt to do so again, the result would be a win for him over their candidate Joe Biden. It would also give the Republicans a majority in the House.