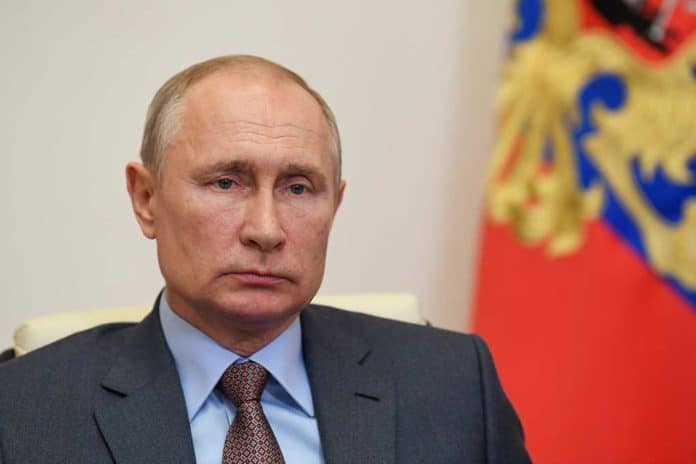 (ConservativeStar.com) – A former presidential advisor says the US can deter a Russian invasion of Ukraine if the White House is willing to use all the levers it has available. The question is, will President Joe Biden’s administration have the courage to do that?

The United States can deter Russia from invading Ukraine by threatening specific actions that would have devastating consequences for Moscow, Dick Morris said on Sunday. https://t.co/Ft7Rjh7Kdb

On December 12, Dick Morris, who served as an advisor to former Presidents Bill Clinton and Donald Trump, told a radio host that if the US is serious about protecting Ukraine there’s an alternative to sending troops – just cripple Russia’s economy.

Morris pointed out the US has already cut Iran off from the SWIFT international banking system, and could easily do the same to Russia. If that happened, it would cut the former Soviet country off from the financial markets its economy depends on, and the results would be catastrophic. Morris says the threat of that would be enough to deter an invasion – and, if President Vladimir Putin invaded anyway, being cut off from SWIFT would force them to withdraw.

There are other financial weapons we could use against Russia, too. Morris said the US buys a quarter of a million barrels of Russian oil every day and could cause economic damage by stopping that. The US can also sanction companies helping build the Nordstream 2 pipeline.

According to Morris, the people who say the only way to stop an invasion is to send troops don’t want to stop it. They’re Russian sympathizers, he says, and they want Putin to get away with it. Will the Biden administration use its economic firepower to save Ukraine, or will it fudge the issue and let Putin get his way?