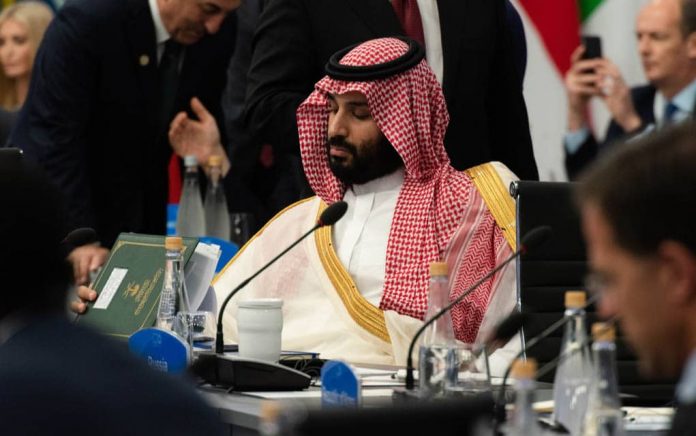 (ConservativeStar.com) – A Saudi Arabian dissident claims he knew of an assassination plot that could have torn the oil kingdom’s powerful royal family apart. The alleged chief conspirator is now running the country.

On October 24, former Saudi intelligence officer Saad Aljabri, who has worked with the US for years, told CBS’ 60 Minutes that in 2014, Prince Mohammed bin Salman – known as MBS – boasted that he had worked out a plan to assassinate King Abdullah. That would have made MBS’s father, Salman, king. In fact, Abdullah died – apparently of natural causes – the next year, and Salman did replace him.

“The warning I received… ‘don’t go to the consulate. Don’t go to the embassy,’” says a former Saudi spy. In legal filings, he says a team was sent to Canada to kill him after Jamal Khashoggi’s murder in a Saudi Consulate in Turkey. https://t.co/VS0BR9D369 pic.twitter.com/5OJHnsm56B

MBS already has a reputation for using violence. He was implicated in the 2018 murder of Saudi journalist Jamal Khashoggi, which he’s believed to have ordered. Aljabri believes the prince – now the effective leader of Saudi Arabia, since he became Crown Prince in 2017 and took control of his 85-year-old father’s government – wants him dead, too.

Aljabri says MBS is a psychopath with no empathy. The Saudi government says Aljabri is a liar and fraud who escaped to Canada after stealing half a billion dollars from his old agency’s budget.

It’s hard to say. The State Department says Aljabri is “a valued partner in countering terrorism” but Canada has frozen his bank accounts, citing “overwhelming evidence of fraud.” The whole scandal is a welcome reminder that the Middle East is a complicated place.