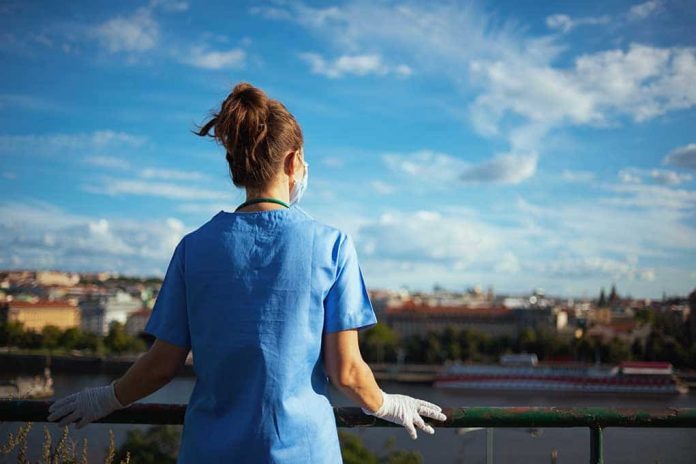 (ConservativeStar.com) – New York Governor Andrew Cuomo (D) has been fighting off a number of scandals for months and has faced calls for his resignation or impeachment. His actions during the COVID-19 pandemic and their potential impact on the death toll in the state’s nursing homes is one. Another involves his wandering hands and inappropriate comments towards women who had the misfortune of entering his sphere. In fact, he even made a New York Health and Human Services doctor feel uncomfortable.

On August 3, state Attorney General Letitia James released a report regarding her office’s investigation into the complaints that found Governor Cuomo sexually harassed multiple women. One complaint that was in the report was from a doctor who performed a coronavirus nasal swab on him during a press conference. The first thing Cuomo said to her was “you make that [PPE] gown look good.”

Before the test, the governor allegedly told the doctor to not put the swab “so deep that you hit my brain.” The state employee assured him she would be “gentle but accurate.” Cuomo responded, “Gentle but accurate, I’ve heard that before.” The doctor told investigators she thought he meant it in a sexual way.

The doctor’s story was one of many. When the investigation concluded, the attorney general determined the governor violated multiple state and federal crimes. Meanwhile, Cuomo is still refusing to resign.