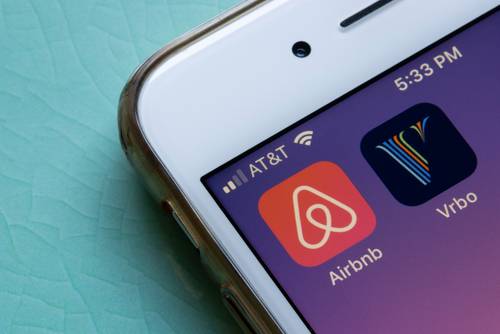 A terminally ill former federal prosecutor is suing VRBO and Homeaway.com after his daughters died in a fire in the Hamptons. The family is seeking $75,000 for emotional distress and an unspecified amount of economic and medical damages.

Lewis Wiener, 60, was diagnosed with inoperable pancreatic cancer and was hoping for one last summer retreat with his family. Instead, they were met with tragedy when their $1.8 million rental home burned down.

Their vacation rental house collapsed in a fire, killing Jillian Rose Wiener and her sister Lindsay Eliza Wiener.  The raging blaze broke out around 3:30 am in early August while the family was asleep, and Jillian and Lindsay couldn’t get out in time.

Lewis, Alisa and Zachary Wiener were all hospitalized with non-life threatening injuries after the fire.

Pamela and Peter Miller were the property owners responsible for the home. The Millers faced 58 building code charges over their 3 Spring Lane property, including not having smoke or carbon monoxide detectors, or having the outdoor kitchen inspected by a qualified electrician.

According to the lawsuit, HomeAway.com informed the family that the house was properly equipped with smoke and carbon monoxide detectors, fire extinguishers, a first aid kit and other safety features. However, a fire chief’s report showed that the house did not have functioning smoke or carbon monoxide alarms.

The Wieners are suing VRBO, Homeaway.com, Pamela and Peter Miller, and Southampton Town for creating a culture of illegal rentals. Ryan Murphy, Southampton’s public safety and emergency management administrator, told news outlets that there are many illegal rentals in Southampton.

The Southampton Fire Marshal issued a statement at the time of the fire, urging others to make sure they have working smoke detectors and a residential fire sprinkler system in place.