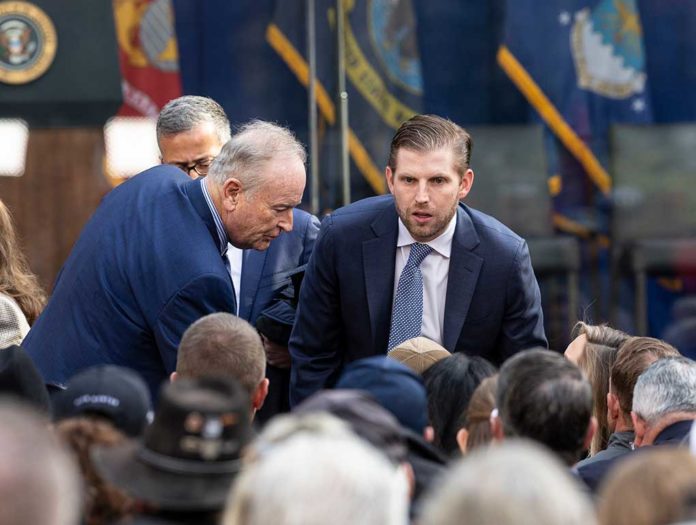 (ConservativeStar.com) – A court filing submitted by special counsel John Durham is shedding light onto how deep and dark Hillary Clinton’s swamp might be. Former President Donald Trump and his son Eric, (who appeared with Sean Hannity on Fox News) have both said that if the bombshell claims in the document had been proven against the former president, he would have faced execution.

Exaggeration? Perhaps not. After the two impeachment shams, one would be hard-pressed to deny that the Left would have come after him as hard as they possibly could. Considering the Dems fixation on Russia, it wouldn’t be outside the realm of possibility for them to seek have sought espionage charges if there had been any evidence to find. Espionage can carry the ultimate penalty — death.

The news comes from the prosecution of attorney Mark Sussman who has been indicted for allegedly lying to the FBI General Counsel when he said he wasn’t providing them Russia-Trump collusion information on behalf of any of his clients.

However, Durham contends he was actually working for an unnamed “Tech Executive-1” and his company and the Clinton Campaign at the time. Also, as alleged in the indictment, using a government contract, he accessed the White House computer servers to mine information from them, combined it with information taken from Trump Tower electronic records, then sent it to accomplices “to establish ‘an inference’ and ‘narrative’ tying” Trump to Russia.

If this is true, it would show that Clinton’s cronies — some of whom are reportedly connected to the administration of President Joe Biden — illegally accessed a secure government system in an effort to depose a sitting POTUS.

Hannity didn’t pull any punches when he asked where the media and even Mitch McConnell are when it comes to commenting on this information.

What do you think of all this? Are the Trumps and Hannity correct in that the lack of reaction from the mainstream media and politicians on both sides is indicative that America has become a country of a two-tiered system of justice?