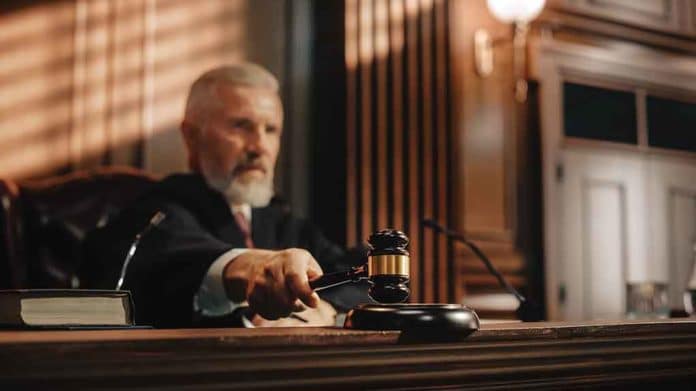 (ConservativeStar.com) – The three men convicted for the murder of Ahmaud Arbery face an uphill battle in federal court. Greg and Travis McMichael and William “Roddy” Bryan had previously agreed to plea deals that included spending the bulk – if not all – of their prison time in a federal penitentiary. The judge in the case rejected the terms.

Arbery’s family spoke out against his killers having the chance to move to where conditions might be more comfortable, even though the deal would force the men to admit to their crimes and forfeit their right to appeal the federal sentence. US District Judge Lisa Godbey Wood says she rejected the deal because it would have forced her into handing down a specific sentence.

The Federal Case Is About Hate, Not Murder

The defendants are on trial for violating Ahmaud Arbery’s civil rights. They’ve already been convicted in Georgia and are currently incarcerated for their crimes. The case before the federal jury will determine if hate was the mitigating factor in their decision-making.

If convicted, they each face up to an additional 30 years in prison, though they will likely never see another day outside of the state pen.

The evidence that the trio acted out of hate is staggering. In a hate crimes case, evidence that goes to a person’s character that may not be relevant to the crime, is admissible. The US attorney trying the case, Bobbi Bernstein, has submitted numerous texts and social media posts that point to the men exhibiting strong signs of overt racism.

Is The Case Really Necessary?

Prosecutors and activists argue that the case is about accountability. If these situations aren’t addressed properly, the likelihood that history will repeat itself increases.

The charges in the case may be valid, but is prosecuting people who will never get out of prison a good use of taxpayer resources? All three men have already been punished by the state for their crimes, and will spend the rest of their lives in jail. But is that truly enough?