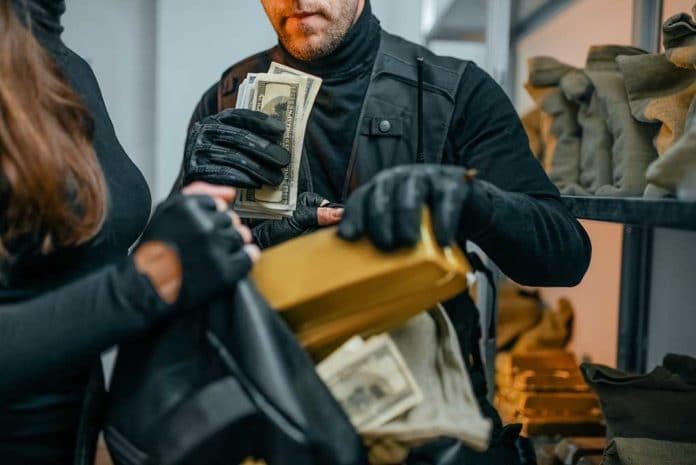 (ConservativeStar.com) – Most people have heard of “Pretty Boy” Floyd and “Baby Face” Nelson; now there is the “Granddaddy Bandit.” The Federal Bureau of Investigation (FBI) is seeking information about him because he allegedly tried to hold up two different banks in Houston, Texas, on Friday, January 21.

In the first incident, he walked into a Chase Bank, flashed a handgun to the tellers, and demanded they hand over the money. They informed him that they did not have access to any cash, and he left without further problems.

Approximately an hour and a half later, he strolled into a Capital One branch and informed a teller he was robbing the bank. He demanded money and once again displayed the handgun. This time the employee complied, and he left with an undisclosed amount of money.

The agents investigating these cases obtained only a very vague description of a man who was a few years either side of 60, wearing a black face mask and a black Texas Tech baseball cap.

What’s your opinion? Should authorities release such vague descriptions when they could fit tens of thousands of people in Houston alone? Or should they hold off until they have something more specific?