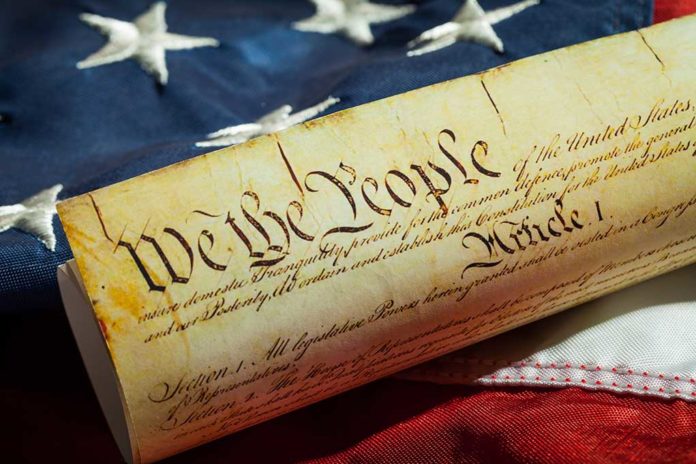 (ConservativeStar.com) – A rare early copy of the United States Constitution set a new record last week when it sold for over $40 million at auction. The money raised from the sale will now go to promote the values the document contains.

On November 18, Sotheby’s auction house in New York held an auction for a first printing copy of the US Constitution, 1 of only 13 known to exist. The document belonged to collector S Howard Goldman, who bought it for $165,000 in 1988. Goldman died in 1997, but his widow loaned items from his collection to museums and exhibitions. Now, the estate is selling it off.

Citadel CEO Ken Griffin Outbid a Group of Crypto Investors for Copy of US Constitution: https://t.co/wX0T16WA8J Chicago hedge-fund billionaire Kenneth Griffin said he won a $43.2 million first-edition copy of the U.S. Constitution at a Sotheby' s auction on Thursday — and now …

Sotheby’s estimated the Constitution would sell for $15-20 million, but a surprise bidder quickly pushed the price through the roof. ConstitutionDAO, a “decentralized autonomous organization” that uses a cryptocurrency-based blockchain, announced on November 12, it planned to crowdfund millions of dollars from its 17,000 members to buy the document. It seems to have achieved that; the group only dropped out when billionaire investor Kenneth Griffin placed the winning bid of $43,173,000.

That money will go to a foundation set up by Goldman’s widow Dorothy, which aims to “advance the principles of America’s founding documents through educational programs.” The high price shows the Constitution is still influential in the modern world, and it will pay to spread that influence even further.