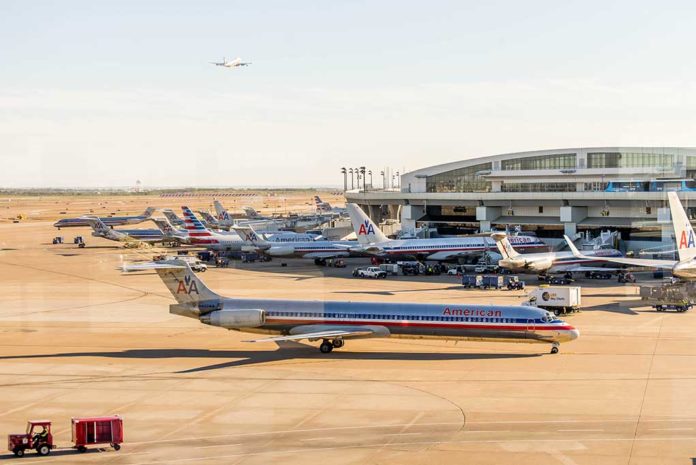 (ConservativeStar.com) – In the 21st Century, traveling by airplane has become more uncomfortable than trying to squeeze oneself into the ever-shrinking seats, especially if social media posts about the nasty habits of some passengers are to be believed. However, for flight attendants and gate crews, the dramatic rise in unruly travelers has become a dangerous nightmare. Believe it or not, on one recent Delta Airlines flight, even an air marshal was attacked. Now flight attendants are asking for help.

According to the Federal Aviation Administration (FAA), it’s received a record number of crew reports of unruly passengers — 5,664 through December 14, 2021. Another 4,072 incidents related to regulations requiring facemasks have led to over 1,000 investigations. To put that number in perspective, the previous yearly high was 310 in 2004.

The workers point to the use of “to-go cups” of liquor as one possible cause of incidents. These cups are given to customers by bars and lounges facing occupation limits created by social distancing requirements. According to Sara Nelson, president of the Association of Flight Attendants CWA union, they need the government’s intervention for things like tougher penalties. Some have suggested jail terms rather than just fines because of safety issues such as “coordinated attacks.” Their simple plea: make it stop!

Nelson also testified before a Senate committee that these problems have caused staffing shortages that forced some airlines to disrupt their flight schedules. Both American and Southwest Airlines canceled more than 2,000 flights each on different weekends in October, leaving tens of thousands of passengers stranded. Southwest reported that in its case, it cost them $75 million.

Now, will the government do anything about the problem?